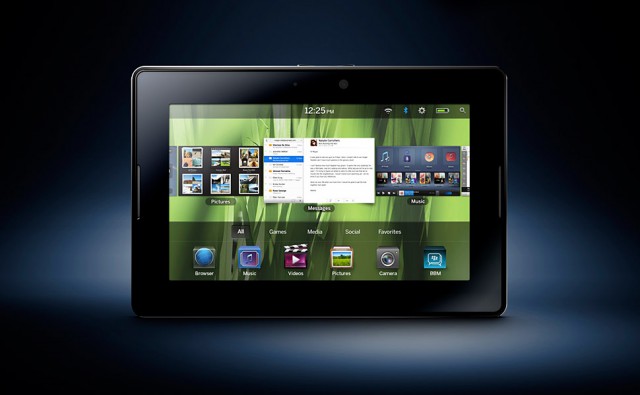 If 2010 was the year of the Android smartphone, 2011 is going to be the year of the tablet… but it’s not just about the iPad vs. Android when it comes to tablets. Some people may say they’re a little late to the party, but Research in Motion is finally ready to join the fight with its BlackBerry PlayBook.

After all sorts of vague mentions regarding pricing and availability, the Waterloo-based firm has finally come forth with something firm. First, they’re saying that the PlayBook will be available through Best Buy and Future Shop stores starting on April 19. That’s a little less than a month away and should be able to compete quite nicely against Honeycomb offerings.

Second, as expected, the Wi-Fi only PlayBook will ship in three different capacities. The 16GB, 32GB, and 64GB models will sell for $499, $599, and $699 respectively (at least in the United States). This puts it right on par with the iPad equivalents, as well as the recently announced pricing of the WiFi-only Motorola Xoom.

I think I like the new QNX-based operating system, but I’m not sure that I would choose it over iOS or Honeycomb just yet. It’s also a bit of a shame that the PlayBook doesn’t have its own cellular connection, relying instead on a tethered connection through a BlackBerry (or a Wi-Fi hotspot).

You can start placing your pre-orders right now through Best Buy and Future Shop, but in the meantime, you can check out the preview video posted by Miranda of Rogers RedBoard.