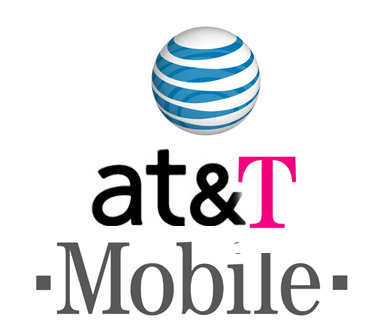 Late yesterday, news broke out that AT&T is going to acquire T-Mobile. This is still pending the approval of the FCC and other governing bodies, but if it does indeed go ahead, it has to be the biggest deal in American cellular phone history. After all, it will create for a virtual duopoly: the new amalgamated AT&T/T-Mobile combo will compete primarily against Verizon, leaving Sprint way in the background.

The total deal sounds like it is worth $39 billion with about $25 billion coming in way of cash and the remaining $14 billion in company stock. That gives Deutsche Telekom, the current parent company of T-Mobile USA, about an eight percent stake in the now significantly larger AT&T. Combined, they expect to earn nearly $80 billion per year.

Forgetting for a moment about the convoluted past of AT&T (being split up only to recombine again), we are left asking what is going to happen to the two GSM networks. T-Mobile uses AWS 1700 bands for its 3G service and AT&T does not. Based on some comments on HoFo, it sounds reasonable that the bigger firm will essentially combine the two 3G networks into a mega-network, not unlike what Rogers did when it acquired Fido. This should help with the already congested AT&T network.

Also, it will create pressure on manufacturers to make more pentaband chips, which may or may not be good for consumers. It does help for Canadian importers, though, since you can import one phone and have it work on both Wind/Mobilicity and Rogers/Telus/Bell. And let’s not forget about their LTE plans moving forward too.

It’ll be interesting to see how the federal governing bodies rule on this deal. Could we see a mega-AT&T only to see it split up (again)… only to see it recombine (again). Makes you think of T-1000, doesn’t it?