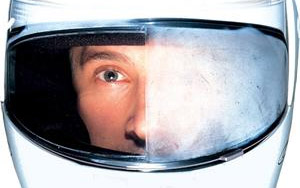 Foggy lenses cramp the style of skiiers, snowboarders, divers and the average eyeglass-wearer who steps inside a building on a chilly day only to find themselves momentarily blinded.

Anti-fog coatings on the market often require multiple coatings, or don’t work that well, leaving a swimmer’s goggles fogged within minutes in the pool.

But researchers from Quebec City’s Université Laval might have a solution. The researchers claim they have developed the world’s first permanent anti-fog coating. According to the researchers, just one application is needed to work on eyeglasses, windshields, camera lenses, ski goggles, dive masks – whatever has a transparent glass or plastic surface – forever.

The anti-fog coating is made of polyvinyl alcohol, which is a hydrophilic compound that causes the individual droplets of condensation to disperse. The coating has a base of four successive layers of silicon molecules, which bond to one another and also bond to the alcohol, creating a durable and hard coating.

The Laval researchers claim that unlike other anti-fog coatings that don’t stand up to repeated washings, and need to be reapplied, this coating only requires one application. The researchers tested the anti-fog coating with a 24 hour immersion in water, and they claim the coatings remained stable and preserved their anti-fog properties.

The university is currently in negotiations with a eyewear manufacturer, which has expressed interest in licensing the technology. Hopefully the product is as good as it sounds, and foggy lenses will become a thing of the past. The uses of it could even expand to consumer electronics and camera lenses.

Quebec, March 16, 2011 – Researchers supervised by Prof. Gaétan Laroche, Laval University, have developed the first permanent anti-fog coating. Prof. Laroche and colleagues report in the online edition of the journal Applied Materials and Interfaces the details of this innovation could help to eliminate once and for all the mist on eyeglasses, windshields, visors, camera lenses and any transparent surface of glass or plastic.

The mist is formed on a surface when the water vapor in the air condenses into droplets. “Despite appearances, the fog that forms on the goggles is not a continuous film. Rather, the tiny water droplets that drip onto the surface and reduce the transmission of light, “says Gaétan Laroche, a professor at the Faculty of Science and Engineering at Laval University. A good anti-fog coating to prevent the formation of these droplets. ”

Researchers have used polyvinyl alcohol, a hydrophilic compound that allows water to spread evenly. The challenge was to firmly attach the compound to a surface of glass or plastic. To accomplish this, researchers have filed four successive layers of molecules, which form strong and stable with the neighboring layers, adding the compound fog on that basis. The result is a transparent multilayer coating does not alter the optical properties of the surface on which it is deposited. The chemical bonds that unite the different layers provide hardness and durability of the whole.

“The fog existing treatments do not possess these properties and resist as they do not wash, repeat the application of the product regularly, said Dr. Laroche. Our coating, it is permanent. ”

Two patents already protecting this invention whose potential applications are numerous: the windshield of vehicles, protective visors used in the workplace or in sports, camera lenses, binoculars, optical instruments used in chemistry and medicine and eye sight correction. Negotiations are also underway with a major company in the field of eyewear that wishes to obtain a license for this technology.