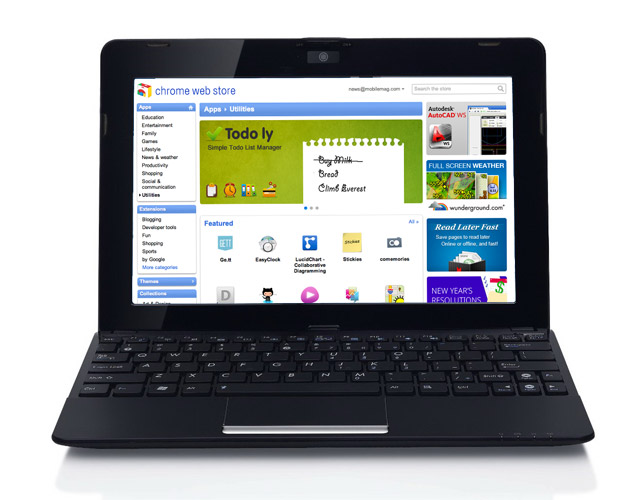 It might seem like tablets are the hottest thing since sliced bread, but Asus is trying to remind us that dinner rolls aren’t too bad either. So to speak. Asus has a few tablets up its sleeve, but it’s also not giving up on the netbook.

They’re taking the battle to the price tag with plans of producing a new Asus netbook in the $200-$250 range. I know that you can already get an entry-level Acer Aspire One netbook in that range, so what is Asus really trying to achieve here? Cheap netbooks are (not quite literally but almost) a dime a dozen.

The more interesting news comes with what this cheaper Asus netbook will use as its operating system. We’ve seen Windows. We’ve seen Linux. Now, it’s quite possible that the new netbook will either run Google Android 3.0 Honeycomb or Google Chrome OS. This will bring the price down and the novelty factor up.

Moving forward, it’s likely that Chrome OS and Android will start to become one and the same thing. Until then, though, I’m not sure how they’d implement the tablet-friendly Android on a netbook without inserting a touchscreen. Look for the $200-$250 netbook this June.