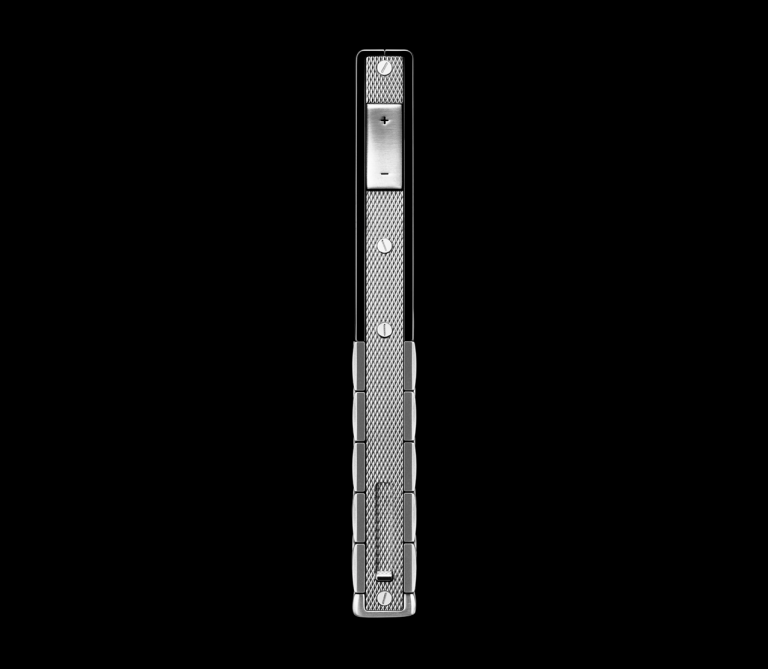 As smartphones get both more powerful and a greater number of features, they tend to get more expensive. Want to have a fancy AMOLED touchscreen to go with your 12MP camera on that handset? It’s going to cost you. Well, the reverse is holding true in the case of the +YvesBehar phone by Yves Behar.

The name of the designer might not ring a bell (it didn’t for me), but this is the same guy who created the Jawbone Bluetooth headset for Aliph. As far as headsets go, that’s one of the best looking. The +YvesBehar phone, though, is of a different league altogether. If you opt for the gold version, it’s going to sell for 42,000 Euro ($58,740)… about the same you’d pay for a pretty nice luxury car.

Partly following in the footsteps of Vertu and Gresso, the +YvesBehar phone (yes, the pretentious use of a + symbol is really a part of the official name) doesn’t really do anything special. It’ll take calls and calculate the tip you leave when you dine on foie gras and caviar. The 2-inch TFT isn’t exactly exciting, but the watch-like design of the keypad is an interesting touch.

Luxury, I suppose, doesn’t really mean to make sense. You can’t really justify it. If you do want to save some cash on the +YvesBehar phone (which was actually designed for Æsir of Copenhagen), you can opt for the 7,250 Euro ($10,140) stainless steel version, but that’s like getting an entry-level Benz or the Baby Bentley: what’s the point?