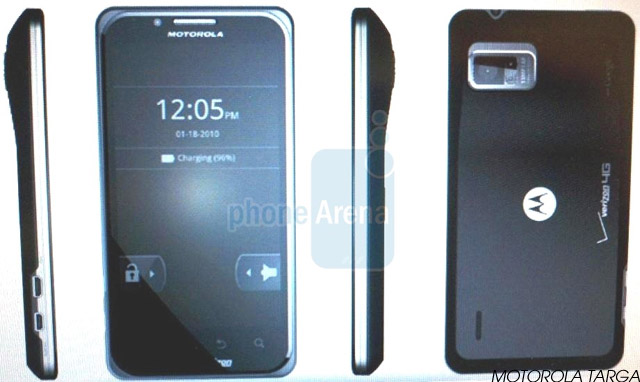 Looking beyond the Droid Bionic and the Atrix 4G, Motorola already has more than a few more tricks up its sleeve. The most notable of today’s leaks is a device called the Motorola Targa and she’s quite the svelte little number.

Based on the images, the Targa will be playing friendly with Verizon’s 4G LTE network. The rest of the specs are largely left to conjecture and what we can gather from this picture. It’s going to have a big touchscreen, clearly enough, as well as capacitive touch buttons below. The sizable camera “hump” on the back looks like it houses a 12MP or possibly 13MP cam. Nice.

That’s the good news. The bad news is that it might be a fake. People are calling out the “with Google” branding that contradicts the front screen skin, the lack of the correct “LTE” naming after the Verizon 4G mark, and the “upside down” microUSB port, so that take for what it is.

What do you think? Is Motorola poised for a good 2011 based on these phones? 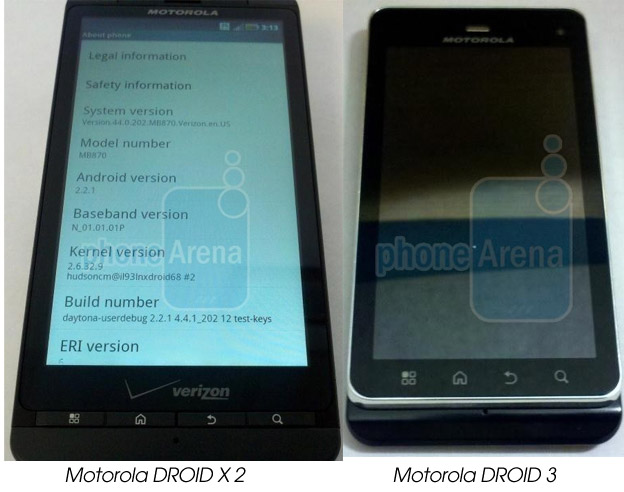