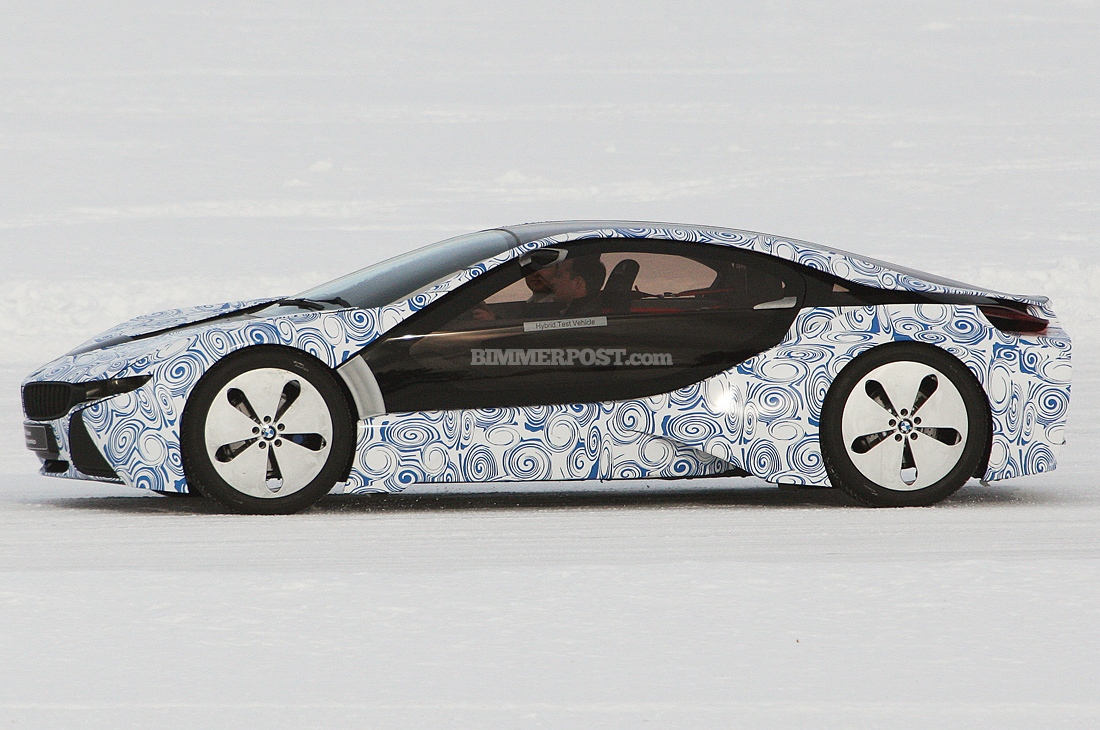 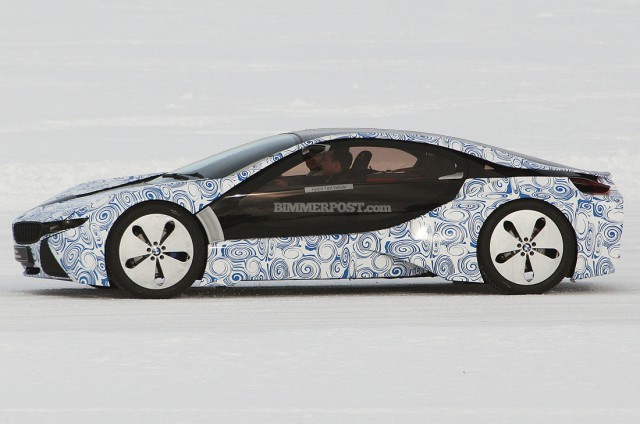 Last month, the new BMW i-Series made its official debut on paper, but all we got were some concept sketches. Now, we get to see a (camouflaged) BMW i8 in action, rolling around on a snowy track.

Instead of just a few spy photos, we’ve managed to find three spy videos. The BMW i8, which you may have previously known as Vision EfficientDynamics, appears to be a two-door super coupe that will likely compete against the likes of an Audi R8 and other similar vehicles.

We’re told to expect 62MPG while still being able to do 0 to 62mph in 4.8 seconds. It’s kind of hard to tell what kind of performance this thing can really offer until they spin it around Nurburgring or, at the very least, the Top Gear Test Track with the tame racing driver. Under the hood is an 161-horsepower 1.5-liter 3-cylinder turbo DIESEL engine (will probably be switched to gasoline when it hits production) a hybrid synchronous motor on the front axle (80HP) and full electric motor on the rear axle (51HP), giving a combined 292HP total output.

From what I hear, though, this kind of Bavarian green performance isn’t going to come cheap: expect the price tag to start in the $240k range whenever this is ready to hit dealerships.