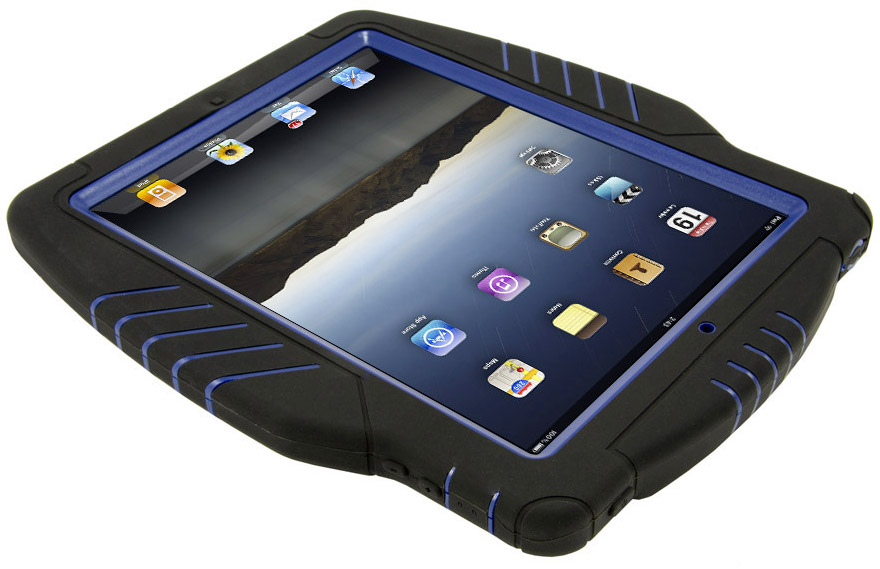 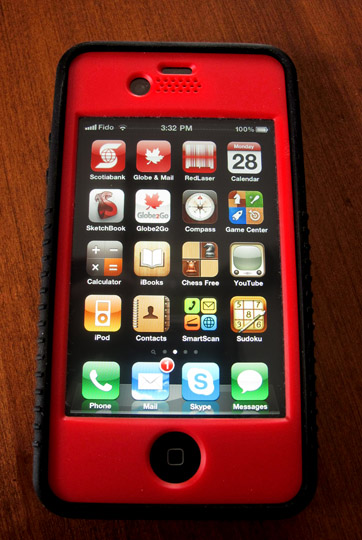 Keeping to their mythical creature theme, Trident’s cases for smartphones and Apple products add both style and protection to a variety of devices including the iPad, iPhones, various HTC, Samsung and Droid phones, Kindle and Nook readers, among others.

Of their three case lines – the Kraken, Aegis and Cyclops – we’ve got our hands on the Cyclops for iPhone 4 and Kraken for iPad to look over. 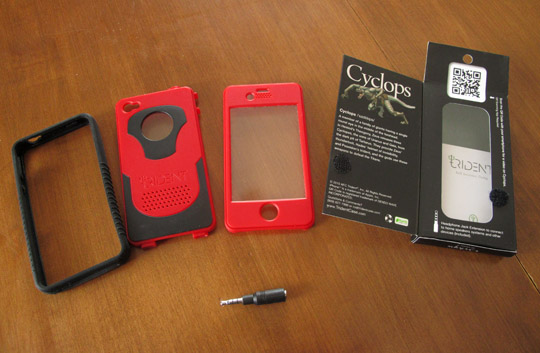 The first thing I did was scan the QR code on the box with my phone’s QR code scanner that I’ve never used. The code brings up Trident’s website, which is a neat feature for seeing their other models while you’re shopping or if you’re about to be ripped off price-wise.

After piecing together the case’s two polycarbonate panels and wrapping the silicon ring around my phone, I was struck by their “non-slip for comfortable hold” design. While comfortable to hold, and definitely non-slip (the company has a video of the case non-slipping from the hood of their Mercedes as they drive around), it also acts as a “non-slip into pocket when not holding” design. Having your phone stick to and surface you leave it on really can be a helpful feature. But if you do manage to slip the thing into your pocket, the added bulk makes walking, jogging or climbing stairs uncomfortable.

I know I put my phone in my pocket more often than I leave it on top of a car, but that’s a pro/con decision you’ll have to weigh out for yourself.

The Kraken for iPad is very similar in respects to the non-slip feature. It adds some weight to the iPad giving a more “industrial” feel, something you could take on the job without worrying much about dings and scratches. No longer is the iPad a thin fragile aluminum slate, with the Kraken, it’s a rubberized, ruggedized beast. 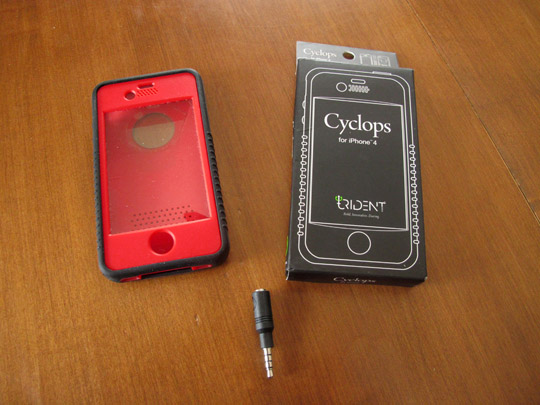 The protective edges of the cases stand out so far from the edge that Trident has includes a headphone jack extender for all of their cases. The hole does fit the included Apple headphones, but if you have another pair you like more you’ll have to remember to bring the extender with you if you want to listen to music on the go. At home, you’ll have to take the case off completely to dock your phone, even if your stereo or alarm clock doesn’t have a dock adapter around the connector. For just charging, the hole at the bottom of the case is large enough to plug in the 30-pin cable, though. Which is a plus. The connector that came with the iPad gave us some issues and didn’t output sound properly, it more than likely was a defective plug since the iPhone version worked just fine. 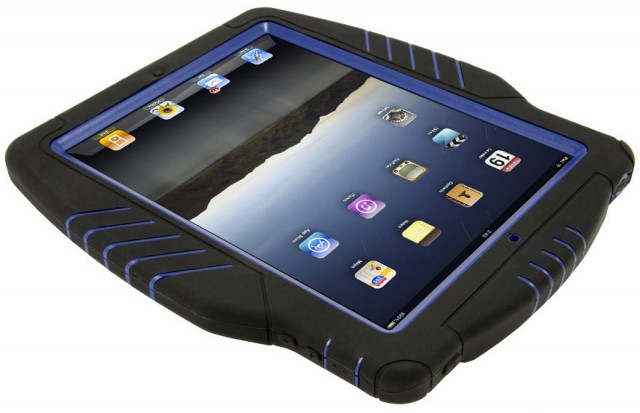 Unlike their Kraken cases, the ports on the Cyclops don’t have plugs to keep dust and water out when they’re not in use. They seem to have chosen at random which ports do or don’t have either a clear plastic PET screen protector or a small sheet of felt covering them: The cameras are covered by the clear plastic, the earpiece has felt, as do the speaker and microphone on the bottom. The 30-pin port, silence switch, home button, top mic and headphone jack are all uncovered. Though, both the ambient light sensor and the Apple logo have protective PET coverings.

They’ve got 57 tiny holes near the bottom at the back, neatly arranged under their logo, that are open right through to the back of the phone. I’m not entirely sure what the idea was there aside from almost showing the amount of GB your phone has and letting in pocket lint. 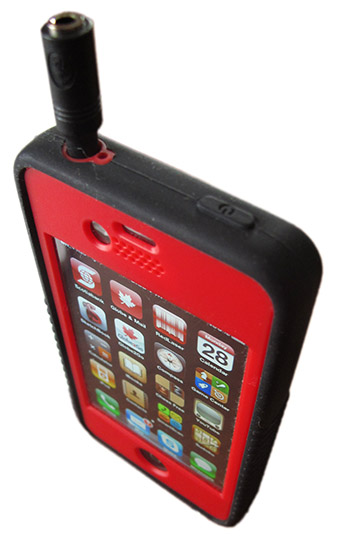 As for the “anti-scratch, anti-glare, anti-moisture clear PET screen protector,” it does work well, but seems to stand a tiny bit off from the screen of both the iPad and iPhone depending on how it’s sitting in the case. When it works, it works like a beauty. But it sometimes gives the feel of those old resistive touch displays they use for bar computers; if you gently brush the face of your phone rather than tapping, say, when using apps like SketchBook, it occasionally doesn’t register as you’re only touching the protective screen – not the iPhone screen. Again, it doesn’t happen all the time, but it does certainly happen on occasion. One trade off for having an impermeable layer of protective plastic over your display.

The button extenders built into the silicon ring to control the volume and sleep/wake buttons work well, but the silence switch feels a bit buried and you really have to be trying to flick it.

All in all, aside from a couple minor bugs that are common to most – if not all – protective cases, it does everything it’s built to do relatively well. And considering the iPhone case is $25 and the iPad Kraken is $40, it’s more than justified its price.

If you’re looking for a case less designed for urban lifestyles, the Kraken for iPhone is only $10 more and far more fortified.