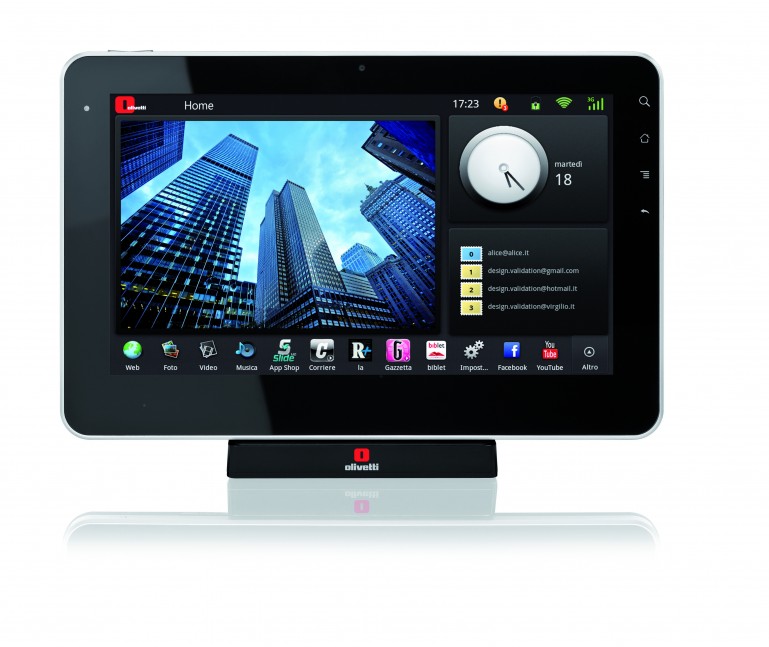 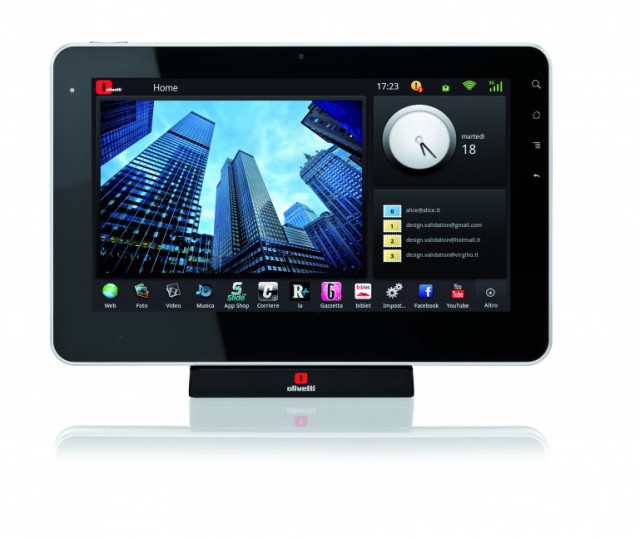 Olivetti’s new OliPad Android 2.2 tablet was released this week, and it’s the first Android tablet from the Italian manfuacturer.

Despite the fact that it’s one of the few already on the market, the sleek $550 machine’s got everything we’ve come to expect of tablets: 10” 1024 x 600 pixel capacitive TFT-LCD display, NVIDIA dual-core Tegra 2, videoconferencing camera, 3G, Wi-Fi and Bluetooth.

And in case the 16GBs on board isn’t enough, don’t worry. You won’t have to buy the OliPad again for $150 extra just to get more space. They’ve included an SD card slot for that. Clever, hey?

The screen works great for HD video, they say, but you won’t need to buy an adapter to watch on your TV instead – Olivetti’s built the HDMI port right in to the pad’s polished metal edge.

Plug the OliPad into its optional dock, and you get two extra USB ports and an HDMI 1.3. And, while I’m not sure if it’s as good and true as it sounds, they boast the machine gets “interoperability with any device through USB/SD CARD ports” (I added the emphasis…for emphasis).

But the company isn’t stopping there. They’ve also set up their own app shop and app warehouse to make sure this isn’t overlooked as a business solution as well as a thing of leisure.

“The OliPad also offers access to an impressive range of applications via an Application Warehouse, a virtual storehouse of configurable and customizable software applications designed by Olivetti specifically for business and government,” they write. “Powered by solution developer software houses, the Application Warehouse is accessible to Olivetti dealers so that they can build integrated solutions for their customers. A number of applications are supplied on a cloud computing basis, offering significant benefits in terms of reliability and cost optimization.”

Some examples of their applications include digital catalogues and a guide to point of sale preparation dedicated to fashion industry networks; Sales Force Management applications, a Tool Enterprise Social Network targeted at team working inside and outside companies, as well as a Signature Workflow Management app for the digital signature of corporate documents.

All things considered, the iPad 2 may be up against a heavy contender on Olivetti’s home turf in Italy. But, while Olivetti expects la patria Italia to be a 1.5 million tablet market this year, you’ll have to work pretty hard to find one of the company’s four North American locations if you want to grab for yourself.