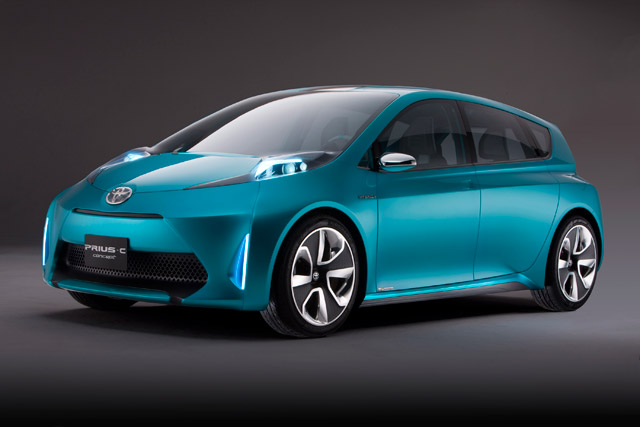 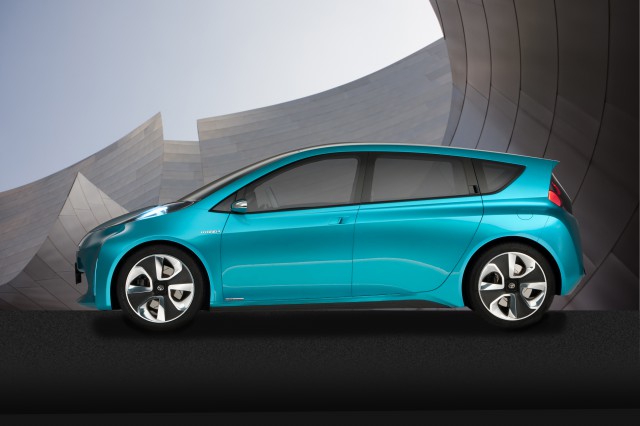 You know that Toyota Prius+ unveiled earlier this month? It’s only the beginning. Toyota is pledging to launch no fewer than ten new electric vehicles (which may or may not include hybrids) by 2015.

The flood gates are already opening. We’ve already been introduced to the iQ-based EV and the Yaris HSD, but these guys are getting joined by all sorts of other electrified peoplemovers like the taller Prius V and the “funkier” Prius C.

I wouldn’t be surprised if they carry the now iconic Prius moniker throughout the line of ten more electrics. After all, they’ve only done V, C, and + so far. They’ve got 24 more letters to go, not to mention the possibilities of using the entire array of mathematical symbols. The upcoming vehicles will include full EVs, as well as cars of the fuel cell variety.

Toyota City, Japan, March 9, 2011—Toyota Motor Corporation (TMC) today unveiled
its “Toyota Global Vision” corporate outline for the future, which will serve not only to
give direction to Toyota employees around the world, but also to convey such direction
to customers and to the public at large.

The Global Vision incorporates lessons TMC learned through the market downturn
that followed the global financial crisis and through a series of product recalls. It
outlines the ideal form the company should take in response to self-asked questions
about what kind of organization TMC should be and what kind of values it should
honor. TMC-related operations around the world will define their own missions in the
context of fulfilling the mission statement and will translate those missions into
concrete actions.

Compiling the Toyota Global Vision was a team headed by TMC President Akio
Toyoda that included members drawn from the company’s operations around the
world. Highlighting the mission statement is a commitment to being a company that
customers will choose and will feel good about having chosen. Toyota has
expressed that commitment with the slogan: “Rewarded with a smile by exceeding
your expectations”.

In unveiling the Toyota Global Vision, Toyoda observed that TMC has strived through
its 74-year history to create socially beneficial automobiles and to earn smiles from
customers worldwide. “All 300,000 of us at Toyota worldwide,” declared Toyoda, “will
take part in laying a foundation for sustainable growth. Working side by side, we will
strive to earn smiles by exceeding customers’ highest expectations. Together, we
will write a new chapter of Toyota history.”

The text of the Toyota Global Vision:
“Toyota will lead the way to the future of mobility, enriching lives around the world with
the safest and most responsible ways of moving people. Through our commitment to
quality, constant innovation and respect for the planet, we aim to exceed expectations
and be rewarded with a smile. We will meet challenging goals by engaging the talent
and passion of people, who believe there is always a better way.”