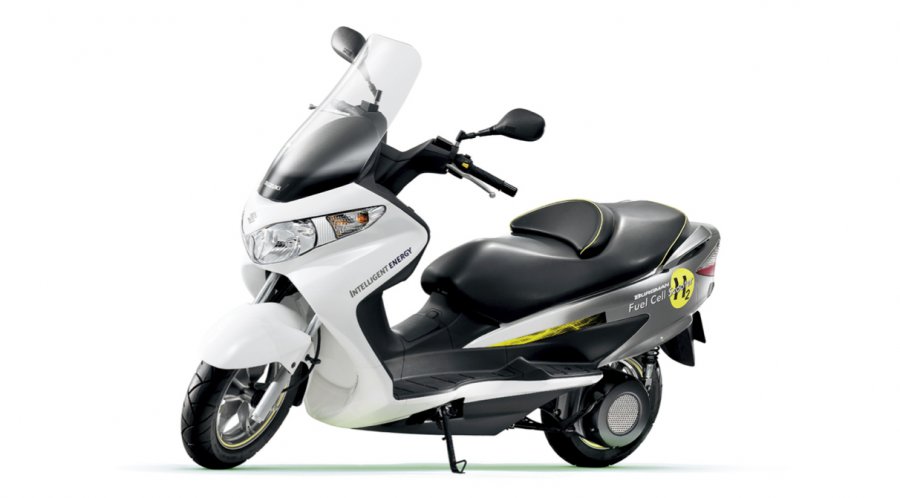 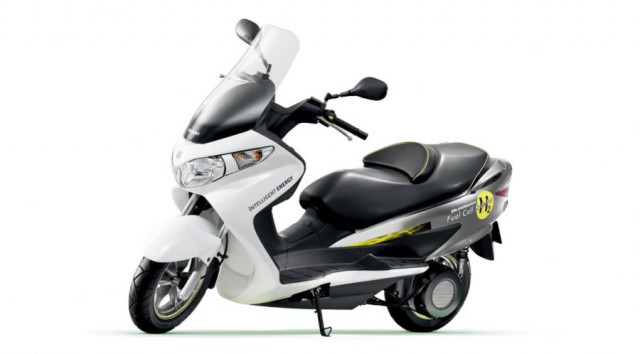 Suzuki is bringing Fuel-Cell vehicles one step closer to global adoption. The Burgman Fuel Cell Scooter packs a hydrogen tank which reacts with oxygen to produce electricity with water being the byproduct. It has been accepted by the European Union by obtaining Whole Vehicle Type Approval. This means the Burgman will not have to be inspected on an individual basis and any individual or company importing them can do so just as they would with any other approved vehicle without any hindrance in respects to vehicle admissibility. Prior to this, each Fuel Cell Scooter would have to be reviewed and inspected by a case by case basis. This news is a big step towards common acceptance as they are deemed safe. In the USA the D.O.T. uses a more lax self-governing approach by assuming importers abide by the importation laws and regulations set forth. In Canada it is much stricter and expensive as it would need individual testing and certification. With this news it will surely lead the way for other governments to accept the vehicle as safe and road worthy.

No pricing information has been released yet for the Burgman Fuel Cell Scooter, with this news Suzuki distributors should start bringing them in as soon as they are ready to roll off the line.

The Burgman Fuel Cell Scooter uses a single polymer-electrolyte type fuel cell made by Intelligent Energy. The fuel storage system is a high-pressure hydrogen tank (70MPa). Inside is a secondary battery made of Lithium-ion providing a total range of 350km per tank.

Suzuki Motor Corporation is pleased to announce that the Burgman Fuel-Cell Scooter has become the world’s first fuel-cell vehicle to earn Whole Vehicle Type Approval1 in the European Union.

The Burgman Fuel-Cell Scooter is based on Suzuki’s city-friendly Burgman. It incorporates a light, compact, air-cooled fuel cell and a hydrogen tank that’s positioned inside the frame. Electricity produced by the fuel cell powers a motor for propulsion; the only emission is water. Suzuki is working toward commercializing the Burgman Fuel-Cell Scooter as a motorcycle with superior environmental performance. Suzuki aims to make eco-friendly fuel-cell scooters increasingly common in Europe in line with the establishment of hydrogen filling stations and other necessary infrastructure.