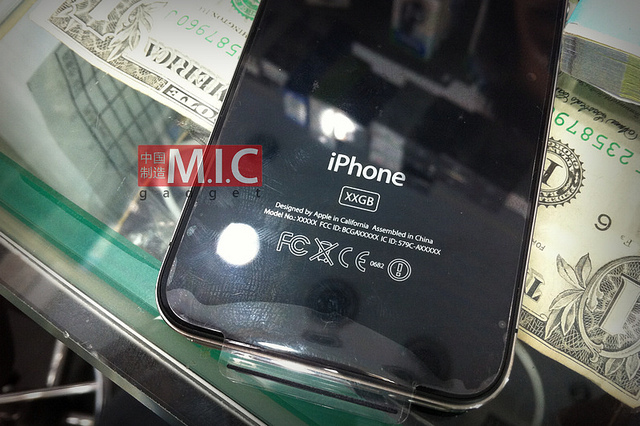 There you are with your 32GB iPhone, jam packed with apps, music, videos, pictures, and all sorts of other content. Don’t you wish you had some more room? It looks like Apple is finally ready to answer some of your prayers, because we’ve spotted a 64GB version of the iPhone 4 and it looks pretty darn real.

As far as we can tell, this is not a retail-ready version of the device. For starters, it has all sorts of “placeholder” markings on the back like XXGB for storage, XXXXX for model number, and BCG-AXXXXX for the FCC ID. This is not unlike the iPhone 4 that was originally “lost” in a bar ahead of the official announcement.

This is a working prototype, though, and they were able to bring up the settings screen to show that it is indeed a 64 gigabyte model. My guess is that Apple will start selling this alongside an iPhone 5 with some other new features, not unlike what they did with the 3GS when the iPhone 4 rolled into town.

If you must have the 64 gigs now, you can find it in the Hong Kong grey market for HK$13,500 (US$1,734). Yes, you’re paying that much more for some more storage space. Don’t you wish the iPhone had a microSD slot like just about every other smartphone on the market?