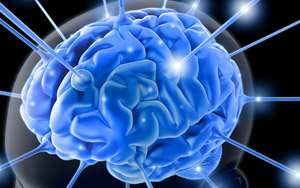 Researchers at the National Institutes of Health have located a molecule in the brain that can be manipulated to either restore or erase memories, according to a paper published in the journal Science.

In the study, the researchers first conditioned rats to associate nausea with saccharin by lacing the substance with lithium. But after administering a chemical to block the PKMzeta molecule in the rats’ brains, they almost immediately forgot the conditioning and took a liking to the sweets again.

To test the opposite effect, the researchers paired an aversive learning model with genetic engineering to produce an over-expression of the enzyme. By using a virus to infect the neocortex with the PKMzeta gene, the production of the naturally-occurring enzyme increased and led to greater memory function in the rats.

But when PKMzeta was replaced with a mutant inactive form of the enzyme, the process erased memory similar to the way the chemical blocker used previously had done.

“One explanation of the memory enhancement is that PKMzeta might go to some synapses, or connections between brain cells, and not others,” said New York-based Todd Sacktor of the SUNY Downstate Medical Center. “Overexpressed PKMzeta may be selectively captured by molecular tags that mark just those brain connections where it’s needed – likely synapses that were holding the memory from the training.”

The researchers say manipulation of the PKMzeta molecule appears to have the same effects regardless of when it’s used or how long it’s been since the creation of a targeted memory.

But the procedure’s results seem to apply to multiple memories stored in the target brain area, rather than specific memories as would be the target in therapeutic applications.

We can only hope this breakthrough isn’t further examined by the “mad” type of scientists, or we can expect very effective brainwashing on the horizon.