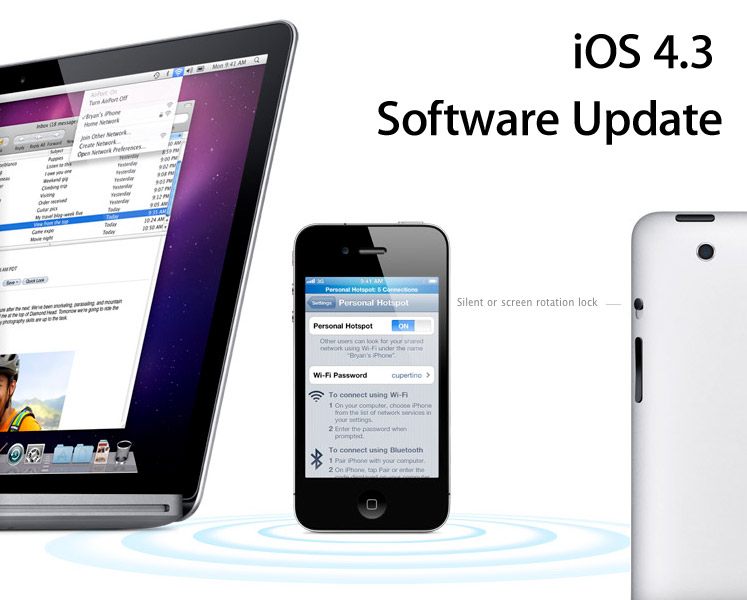 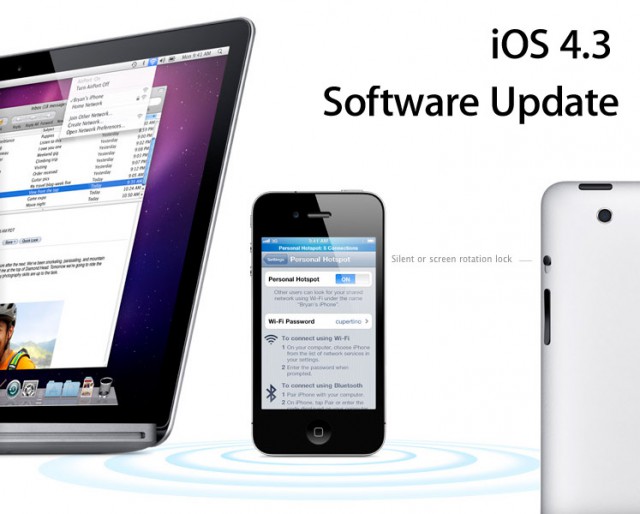 Ahead of the launch of the new iPad 2, Apple has officially pushed out iOS 4.3. The new iOS update will be supported by the iPhone 4, iPhone 3GS, newer iPod Touch devices, iPad, and iPad 2. That’s the good news.

The bad news is that if you happen to have the Verizon version of the iPhone 4, you’re still going to be out of luck for the time being. Now, why would Apple be leaving Big Red out in the cold? Well, one of the main features accompanying iOS 4.3 is support of a WiFi hotspot (without having to jailbreak and all that); the Verizon iPhone 4 already has an updated version of iOS 4.2 that includes that feature.

With the wireless hotspot function, you can share your 3G network connection with up to five devices. Strangely enough, only three of those can be over Wi-Fi. The other two leechers will have to make do with USB or Bluetooth. That’s kind of odd, don’t you think? The new iOS 4.3 also comes with “improved support for AirPlay media streaming.”

Rounding out the updates are an improved Safari with faster JavaScript loading, iTunes Home Sharing, and iPad side switch switching… you can make that side switch lock the screen rotation or mute the volume, something that was taken away and now given back to you. See, there is one more thing and it’s the funnest feature ever. Everything has changed, again?