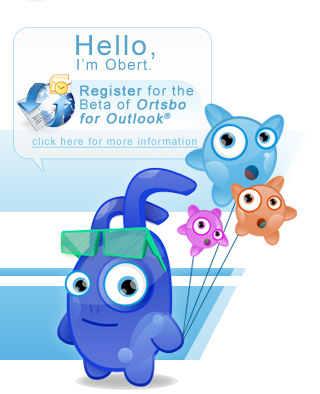 In case you haven’t figured it out already, we live in an international world and, believe it or not, not everyone speaks English. Ortsbo by Interntainment is meant to break down some of those language barriers.

They already have a desktop application that integrates with a series of IM platforms like MSN and Facebook chat, translating your conversations in real-time so you can communicate with people around the world, but now they’re ready to tackle the road. Intertainment is launching applications for iOS, BlackBerry, Android, and Windows Phone 7. Other mobile devices can go through the mobile web browser interface.

Since I make my living as a freelance writer, I can see the value of such a service. This way, I can more easily work with clients whose first language isn’t English. I don’t have to pop back and forth, copying and pasting into Google Translate… though I don’t work with too many clients who don’t have some proficiency in English.

Expect the mobile apps to roll out in Q2.

NEW YORK, NEW YORK and SAN MATEO, CALIFORNIA and TORONTO, CANADA–(Marketwire – March 7, 2011) – Intertainment Media Inc. (“Intertainment” or the “Company”) (TSX VENTURE:INT)(OTCBB:ITMTF)(FRANKFURT:I4T) announces that its social media, real time, language translation platform, Ortsbo.com (www.ortsbo.com), continues to accelerate with over 1.7 Million unique users and 8 Million minutes of user engagement in the past week. The Company is now preparing to launch its mobile platform, allowing users around the world who are not connected to computer desktops the ability to use Ortsbo on their mobile phones, smartphones and portable computing devices.

To increase penetration of Ortsbo for social media applications and better enable mobile and portable computer offerings, Ortsbo will be delivering a second platform in HTML, the core language of the Internet, providing easier access for corporate environments and Apple i series products to use Ortsbo without having to download the Silverlight plug-in. This new platform will also enable the vast majority of mobile phones in developing countries to use Ortsbo.

Expected to begin commercial rollout by end of calendar Q2, Ortsbo for mobile and portable devices will offer users the ability to translate chat and text conversations through customized applications for Apple’s iPhone, BlackBerry, Android and Windows 7 smartphones. Other mobile phones and portable devices will be able to access Ortsbo through Internet browser interfaces.

“The continued market response to Ortsbo’s real time translation experience is transforming the global chat arena. Ortsbo empowers users around the world to chat in over 50 languages regardless of their preferred social network, providing a fully enabled real time translation experience,” said David Lucatch, CEO Intertainment Media Inc. / President Ortsbo Inc. “To continue the experience beyond the desktop and make Ortsbo available to billions of mobile phone users, the Company is readying to deliver the next phase of development with Ortsbo for mobile, smartphones and portable computing devices.”

Ortsbo provides users with the ability to break down language and cultural barriers through its easy to use, language centric interface. Over the past month, user demographics have continued to favor the BRIC countries with China remaining the number 1 usage country for Ortsbo with Brazil moving into the number 2 spot followed by the US, South Korea, Canada, Taiwan, Germany, Argentina, Russia and India. Ortsbo’s Top 10 user countries have a combined population of over 3.4 Billion people.

Over the past week, as part of our ongoing commitment to improving the translation experience and to keep pace with accelerating demand, Ortsbo has begun to deploy additional infrastructure to handle the service loads placed on it by global users. The initial improvements have resulted in reduced load times and increased overall user experience.

Since its launch on July 22, 2010 Ortsbo has achieved the following performance:

Full details of news coverage can be found at the Intertainment web site –www.intertainmentmedia.com

Ortsbo is finalizing its commercial release schedule for its translation module for email applications. Ortsbo for Microsoft Outlook provides instant translation of both sent and received emails, with original language attachments, making it easy to communicate via email in multiple languages. The email plug-in module will retail for $29.95 US. Ortsbo also offers a secure, multi-user, multilingual chat module for the commercial market.

Intertainment Media owns and operates a number of key properties including Ad Taffy, itiBiti, Ortsbo and Magnum. For more information on the Company and its properties, please visitwww.intertainmentmedia.com