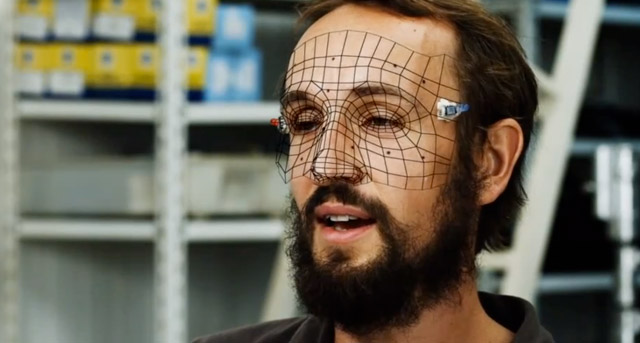 While we suspected the video of French director François Vogel having eyelid spasms while testing out a glasses-free 3D technology was a hoax, I asked an optometrist to tell me how much legitimacy the video had and here is what Jean-Marie Hanssens, who uses 3D to test binocular vision, had to say; “Blinking as fast as in the web video can generate various eye problems such as dry eye, corneal and lid irritations, lid spasms.”

Before even knowing how ridiculous and harmful this technology could be, I emailed the address at the mysterious Jonathan Post website that contained little more than the video.  Almost a month after I sent the email I received a reply from Luis Carone with a link to a new video for the “making of” the glasses-free 3D video.

Ladies and gentlemen, it’s an absolute fake. The hoax was conducted by Luis Carone and managed by Daniel Dias. Jonathan Post is a small post production company based in São Paulo. Carone and Dias persuaded Francois Vogel to act as the test subject, because of his “accent and scientist face.”

The original internet hoax that we reported on back in January has reached over 5 million views on YouTube in such a short time.

In the making of video, Carone said his company envisioned a device that simulated 3D shutter glasses. The only problem was they didn’t know how to create that device. So his team put together some electrodes and created a 3D face using image photometry software. They tracked Vogel’s face movements and projected the film onto his face and it gave a steady image. This was followed by digital compositing to give the effect of Vogel’s crazed eye blinking.

Watch the making of video where Carone explains, “For everyone who said it was fake, it was only a joke.”