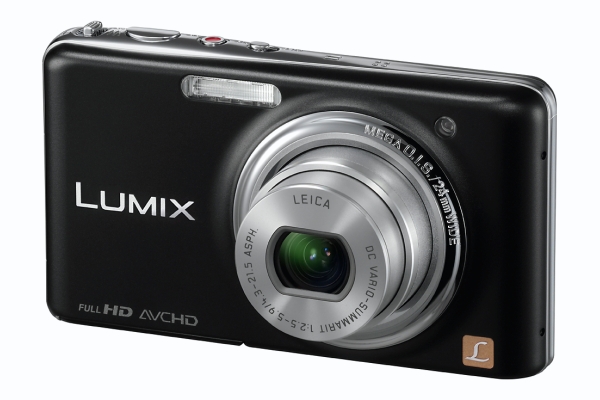 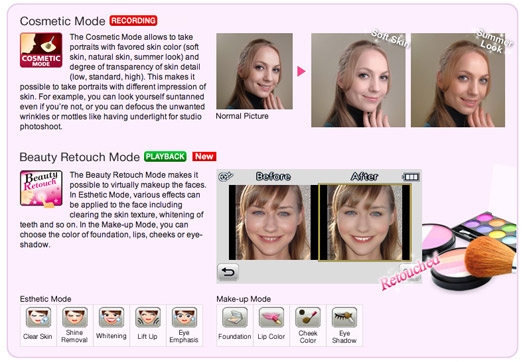 We’ve all met a person or two who never wants to be in a photo. No matter what these people look like or how good any photos of them turn out, they indiscriminately hate every picture of their own face. It’s often irrational and baseless in the eyes of those around them, but those people go on with only the default Facebook avatar all the same.

Panasonic’s disturbingly vain new LUMIX FX77 camera might just be the answer those people never knew they were looking for.

“According to data we’ve acquired, around 50 percent of our digital camera clients are not satisfied with the way their faces look in a photograph,” says Akiko Enoki, a Panasonic project manager. “So we came up with the idea so our clients can fix parts they don’t like about their faces after they’ve taken the picture.”

With “Cosmetic” and “Beauty Retouch” modes, users can now control their complexion, tan, and even whatever “skin translucency” is (hopefully a different effect than an X-ray). You can whiten your teeth, magnify your eyes, give yourself a nice little facelift and even virtually put on make-up, all right on the camera.

All of these effects and more are easily achievable in photo processing programs such as Photoshop, but those camera-shy self-loathers who don’t know how to use post-processing can take solace in the idea that this camera won’t take a picture of them, but rather of their surroundings with a them-based, moulded and air-brushed humanoid version, devoid of all their least-favourite defining characteristics.

I can’t wait to see if Panasonic tries their luck with a man-aimed version of this Hollywood-era stereotype machine. Would I buy a camera that could bulk out my eyebrow to caveman size, give me a defined 70s-game-show-host bum-chin and add some random tufts of spongey beard hair to my neck? No. No I wouldn’t. And I would be even more afraid of either camera falling into the hands of my rum buddies.