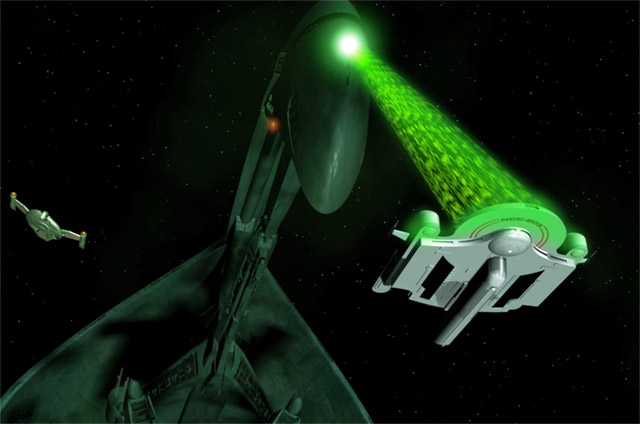 Every Star Trek geek has dreamed of this day. We’ve all dreamed of setting our phasers to stun and making use of the Holodeck. Those two innovations aren’t quite here, but it seems like we’re getting closer to tractor beams.

Unlike regular lasers that push things away by plastic them with photons, a tractor beam would effectively be a laser that pulls things

Also unlike regular lasers, Bessel beams remain focused at an infinite distance, rather than dispersing as it gets away from its source. Perhaps more interestingly, the Bessel beam is able to reconstruct itself past obstacles. It cannot be blocked.

That’s some crazy stuff. Too bad, for now, it sounds like this is all theory and no practice. Where is Locutus of Borg when you need him?