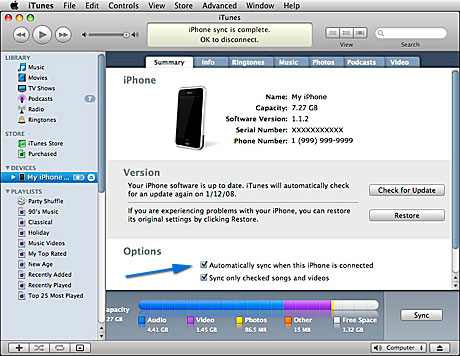 Apple is in negotiations with major record labels including Vivendi SA, Universal Music, Sony Music, Warner Music Group and EMI group to allow unlimited iTunes downloads, say sources close to the situation. The change would allow users to download purchased songs to iTunes on the various computers and devices under the same account rather than having to sync up manually, they say, adding a deal could be closed by mid year – conveniently, just in time for Mac OS X Lion and iOS 5.

While this is a smart move for Apple as fewer restrictions mean a better experience for its users, the labels obviously want to restrict their songs as tightly as possible in the face of already declining record sales.

We’re not sure if this would be the precursor to a “stream your purchased music” type service, but after CFO Peter Oppenheimer’s statement at Apple’s annual shareholder meeting last month that their new $1 billion server farm in North Dakota will be a hub for the iTunes and MobileMe services, it certainly seems that way. Not to mention their acquisition of Lala in late 2009, which allowed its users to stream their own music library from the cloud or pay 10¢ for unlimited streaming of other songs.

According to Bloomberg, one of the sources also stated that Apple’s looking into making its $99 MobileMe service free, allowing users to store photos, contacts, e-mail and other content on Apple’s servers. The content would be accessible through any wireless connection.