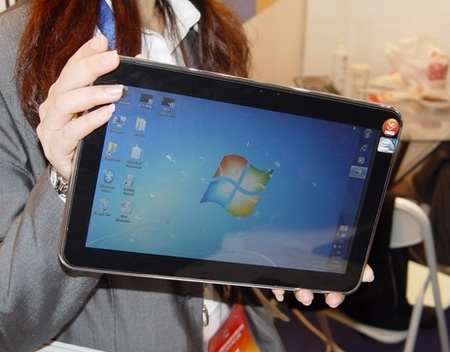 Despite what some of those slate sellers might lead you to believe, Windows 7 is pretty terrible for tablets. I don’t care if you’re only interested in enterprise customers; the interface just doesn’t work for a finger-based usage and Microsoft kinda knows that. And that’s why they’re taking so bloody long to come up with an OS that works better for tablets.

Bloomberg is reporting that Microsoft won’t have a tablet-friendly version of its desktop operating system until 2012 at the earliest. More likely than not, this Windows for Tablets will coincide with the launch of a Windows 8 (or something like it).

Remember how hard it was for Microsoft to completely revamp its Windows Mobile vehicle into Windows Phone 7? You can expect the same dragging of the feet for a Windows Tablet OS. By that time, it’ll be in the same market as a second-gen PlayBook, an iPad 3, and probably some sort of Android 4.0 tablet.

What’s interesting, though, is that partnership with Nokia. If they’re working together for Windows Phone 7, should we expect a Nokia Internet Tablet with Windows 8 for Tablets too?