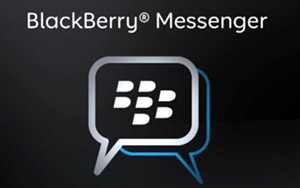 One of the reasons why someone would want a BlackBerry device in the first place is so that they can make use of BlackBerry Messenger. Well, it looks like RIM might be prepared to let its little darling grow some wings and fly into other pastures. Apple and Android flavored pastures, that is.

There’s word that BlackBerry Messenger will soon be ported over to Google Android and Apple iOS. The way that it works, this would mean not only access to a new BBM app on the other platforms, but also access to the trusted RIM servers and service. Why would they do this? Well, it could become a secondary revenue source. So what would be left for RIM?

While it is quite possible that BBM for Android and iOS will be offered for free, it’s also possible that RIM thinks it can charge a one-time fee or even monthly subscription fees to these non-Berry users to use the BB service by proxy. Then again, these same users can keep doing almost the same thing for free with WhatsApp and Kik.

Personally, I’m still not convinced in the value of BlackBerry Messenger when there are so many other cross platform messaging clients that are free. Couldn’t you do the same thing with Windows Live Messenger, Google Talk, Skype, and any number of other IM protocols? Won’t RIM lose some of its Berry loyal by offering BBM outside the platform? They do have a secure hold on the corporate front, so allowing more devices to keep the RIM quality of service could still be rather appealing.