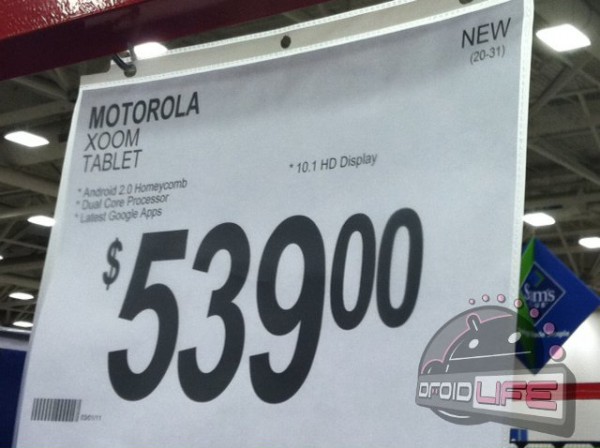 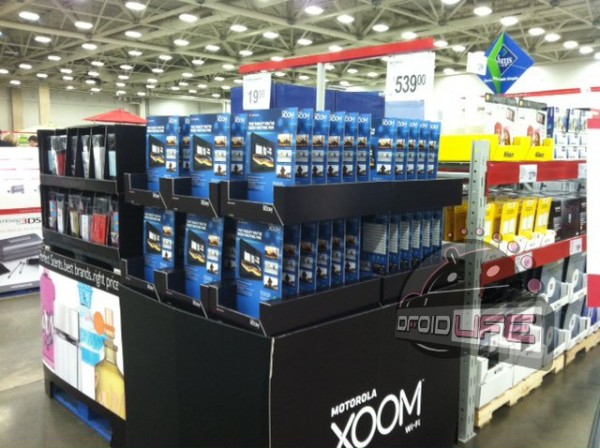 Maybe that $800 asking price is far too rich for your blood and you’re not even interested in having 3G/4G cellular connectivity for the tablet on the go. If these photos are for real, then you could be in luck: a WiFi-only version of the Motorola Xoom might be had for just $539.

The rogue pictures were taken at a local Sam’s Club location and they have a series of cardboard placeholders in place for the WiFi-only tablet. The signage is clearly pointing toward a $539.00 asking price, which is a good $60 cheaper than the $599 that Motorola Mobility head honcho Sanjay Jha mentioned a couple weeks ago.

Then again, there are some significant errors in the signage. For starters, it says that the tablet is going to be powered by “Android 2.0 Homeycomb.” Unless we’re suddenly being thrown back to 1990s Fox sketch comedy, there’s a significant chance that Homey don’t play dat. It could be a weird knockoff from China (maybe a Moturola Xoon?), but it’s more likely that it’s just a bad typo on the part of the sign guys.

What do you think? Would a $539 “Homeycomb” tab from Moto stray you away from that iPad 2?