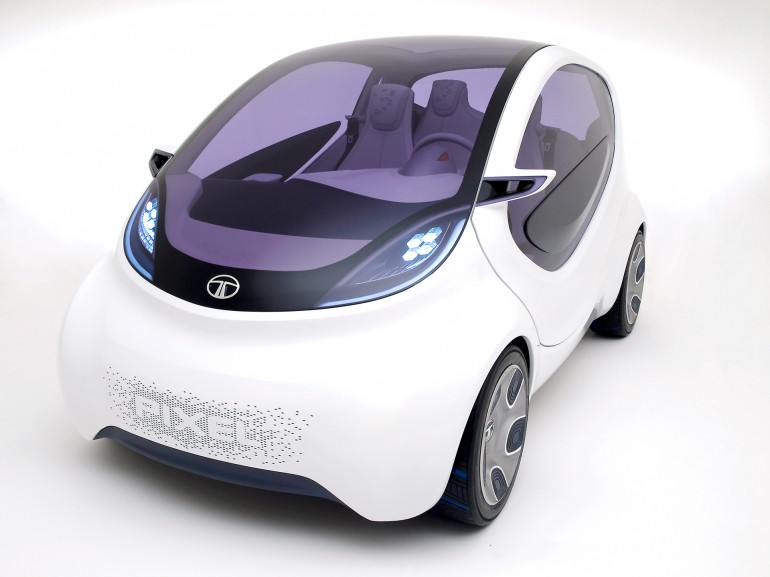 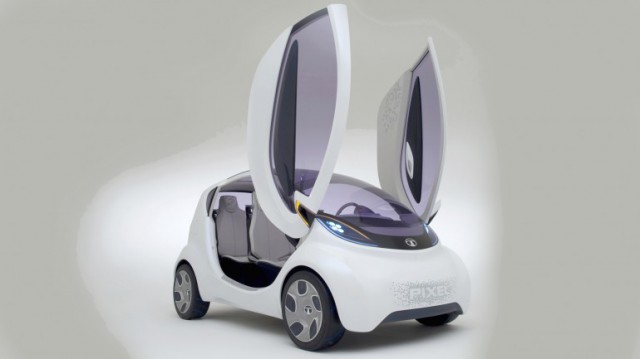 You don’t normally think of India as much of a powerhouse in the automotive world, but Tata Motors is slowly starting to change that. The ridiculously cheap Tata Nano has somehow paved the way to the much higher-tech Tata Pixel concept shown here.

Instead of booting around its native India, where some of the safety laws are much more lax, the Tata Pixel is designed to be a European city car. Yes, it’s going to be really small and it has an impressive 2.6-meter turning radius (thanks to rear wheels that can shift forward and back), but that belies some of the tech you find inside.

I’m not a fan of the giant “scissor” doors on a compact car like this — it’d prove to be a pain in most residential garages, I’d imagine — but if you get past them, you find quite the futuristic four-seater interior. What’s interesting is that there is no main dashboard for your media and climate controls: you need to dock your smartphone or tablet and it needs to be running Tata’s app.

It’s kind of a weird take on technological integration, but there you have it. Not surprisingly, they went smaller with the 1.2L turbo diesel engine, but that gives you an effective fuel economy of 3.4L/100km (about 70mpg) to go along with the “infinitely variable transmission.”

Now the question is, how cheap can Tata get for a car destined to the European and US markets while retaining the creature comforts and safety features we’ve come to expect?