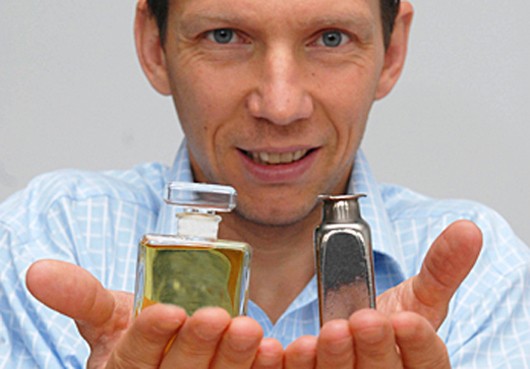 Researchers at Yale University have created a new material that they say will be as revolutionary to industry as the introduction of plastics in the 20th century. Stronger than steel, yet as mouldable as plastics, bulk metallic glasses or “novel metals” are the best of both worlds, they say.

The material is an alloy of various types of metals, including zirconium, nickel, titanium and copper. While the substance’s pound-for-pound costs are similar to high-grade steel, their versatility makes them far more suitable for a huge variety of applications. Jan Schroers, head of the team, says they can be processed as cheaply as plastic by combining the three steps of traditional metal processing – shaping, joining and finishing – into one step.

“This could enable a whole new paradigm for shaping metals,” said Schroers in a public release. “The superior properties of BMGs relative to plastics and typical metals, combined with the ease, economy and precision of blow molding, have the potential to impact society just as much as the development of synthetic plastics and their associated processing methods have in the last century.”

What sets the novel metals aside from other metals is their randomly-assorted atoms, which allow for blow-moulding at low temperatures whereas steel needs to be drop forged at extremely high temperatures. This means complex forms can be made in less than a minute, such as the seamless metal bottles, watch cases, miniature resonators and biomedical implants the team has already created.

“The trick is to avoid friction typically present in other forming techniques,” said Schroers. “Blow molding completely eliminates friction, allowing us to create any number of complicated shapes, down to the nanoscale.”

To do so, the team has been shaping the bulk metallic glasses at low temperature and low pressure either in a vacuum or in fluid, which also makes it easier to maintain control of temperature without having the atoms crystallize as normal metals do.

So what does this mean for the end consumer? As an example, consider the MacBook vs. the MacBook Pro. As it stands, the MacBook uses cheaper, easier plastic moulding for the case to compliment its lower-performance contents. But swap white plastic for a novel metal, and the same cheap production methods could make a stronger case than the MacBook Pro’s, faster and more easily than machining aluminum.

Now look around and imagine every other plastic item in your field of vision – but metal. Thanks to Yale, this could be the reality of the 21st century.