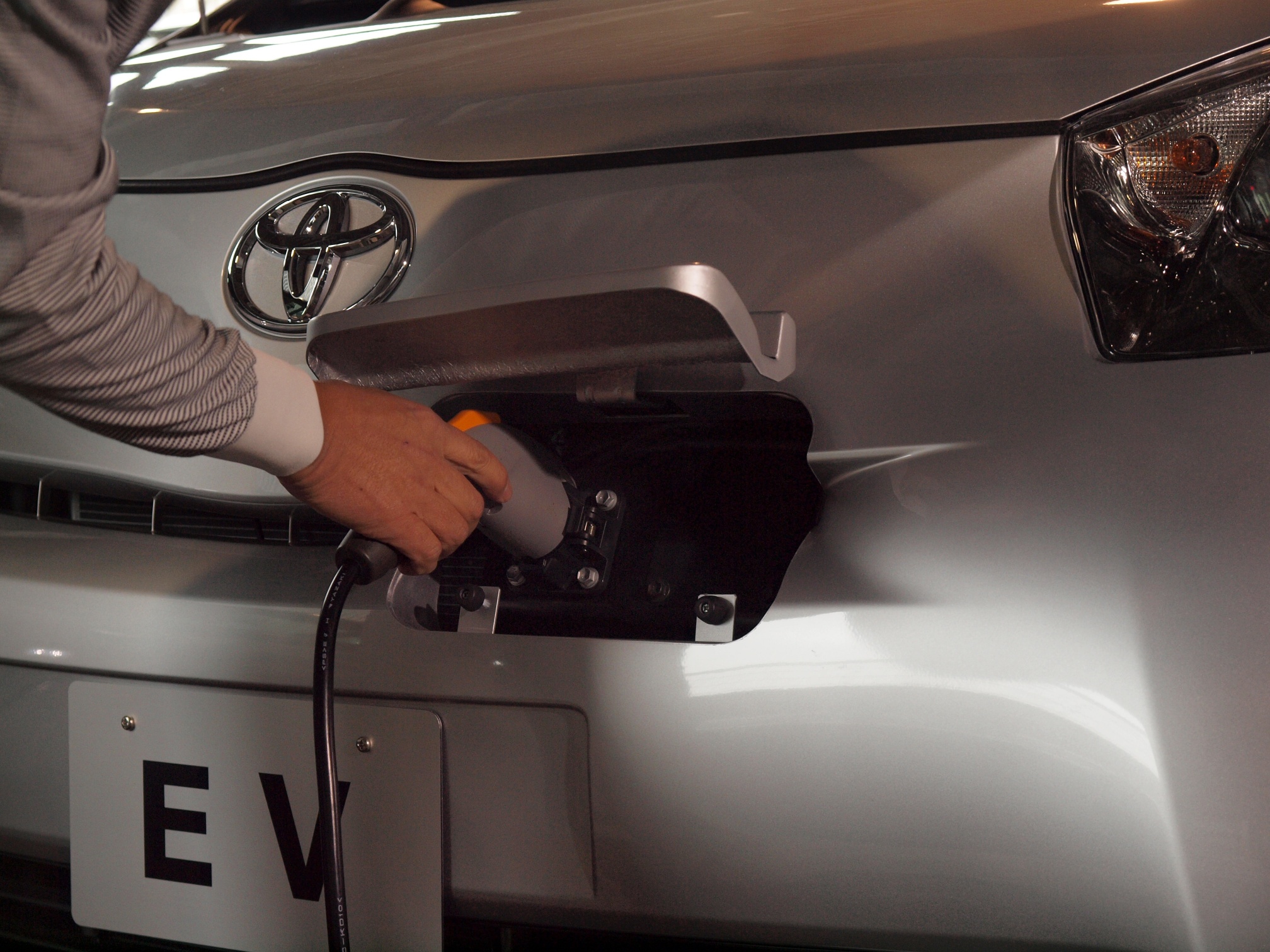 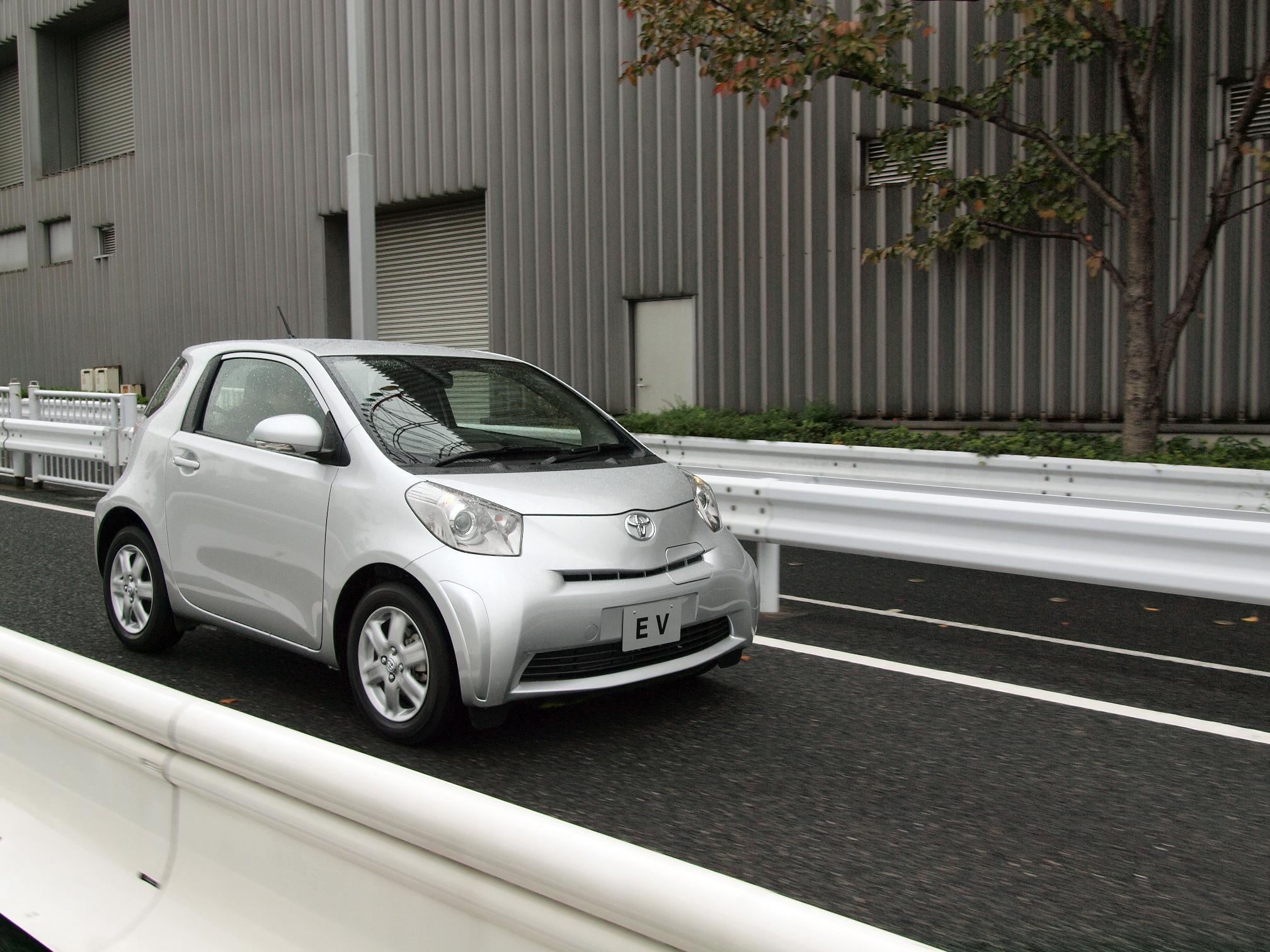 Generally speaking, the most efficient cars also happen to be among the smallest. After all, why haul around all that extra weight and size when you don’t need to? And that seems to be the thinking behind the newest Toyota EV Prototype, which is based on the iQ subcompact.

The fully electric vehicle is making its official debut at the Geneva Motor Show and, well, it’s not exactly the most exciting thing to look at; it’s just a super compact hatchback. The electric motor is good for about 64hp and the 270V lithium-ion battery provides about 65 miles of range on a full charge, achieving a max speed of 78mph.

Looking for a speed demon? Maybe you should look at a Tesla instead, because this city dweller takes a full fourteen seconds to rev itself up to 62mph. The good news is that you can get an 80% quick charge in fifteen minutes (full charge takes four hours).

Electric cars may not be the future, but they could be a suitable intermediary until we figure out what to do moving forward. Trials with the Toyota EV commence later this year.

Toyota’s EV Prototype makes its European debut at the Geneva motor show as the latest model in an electric vehicle research and development programme that began 40 years ago.

The new car, based on the current iQ, is designed to address key issues surrounding the production of all-electric vehicles for emissions-free urban mobility, such as driving range and performance and battery technology.

The compact size of iQ and its innovative design and packaging have already helped it demonstrate its essentially urban-friendly driving character. The introduction an all-electric powertrain, with zero tailpipe emissions, makes it an even stronger proposition, delivering silent driving in a car with room for four on board.

A 47kW permanent magnet synchronous electric motor drivers the front wheels, powered by an 11kWh, 270V lithium-ion battery located beneath the seats. Clever use of a new, flat battery design, occupying space usually taken up by iQ’s flat fuel tank, means there is no impact on the room available for passengers or load-carrying.

The EV prototype will accelerate from nought to 62mph in 14 seconds, it has a top speed of 78mph and will cover up to 65 miles on a full charge. Two charging sockets are provided at the front of the vehicle for 100/200V AC and quick-charge DC power. They allow a full battery recharge from a 200V supply in four hours, and an 80 per cent charge from a DC quick charge station in about 15 minutes.

Trials of the EV Prototype are set to begin in Europe, the USA and Japan later this year.

In preparation for this, 35 vehicles are being built for a demonstration and evaluation programme this year. The target is for the electric car to have a range of 100 miles in real world driving conditions, regardless of climate conditions.

Tesla is responsible for building and supplying the battery and related components, meeting Toyota specifications for performance, quality and durability. Toyota is handling all other aspects of development and manufacturing, including the integration of the powertrain in the new vehicle.

Toyota and CHAdeMO
Toyota expects demand for short-range vehicles to increase in coming years, but recognises that EVs do not yet offer the kind of range that most customers would require for them to be considered as a primary form of transport. Furthermore, the cost of lithium-ion battery technology needs to be reduced, or a more affordable alternative found.

Electricity has high potential as an alternative energy source to oil, but although it can easily be supplied, production from renewable resources is fundamental to minimising EVs’ well-to-wheel CO2emissions.

A recharging infrastructure also needs to be in place to bring about greater market acceptance of EVs. To promote this, Toyota has joined with Nissan Motor Company, Mitsubishi Motors Corporation, Fuji Heavy Industries and Tokyo Electric Power Company in the CHAdeMO Association to promote the rapid development of a quick-charge infrastructure for worldwide installation. Already more than 300 businesses and government bodies, including more than 50 international companies, have taken up membership, including car makers, utility companies, charger manufacturers and charging service providers.