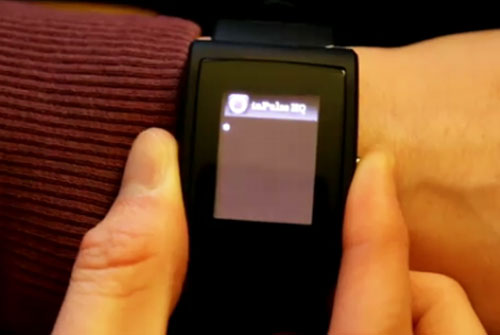 Ever get the feeling that somebody is watching you wherever you go?

OK, that was bad.

But thanks to inPulse Lead Designer Eric Migicovsky and his new app for InPulse smartwatches, your watch can tell all of your Facebook friends where you are anytime using an Android phone and Facebook’s Places service.

The watch communicates with the Android phone via Bluetooth, using the mobile data connection to bring up the Places menu on the watch’s screen. Using the single button on the side of the watch, users can scroll through the list of nearby places and check in without having to find the phone’s Facebook app or flip through any menus.

I can’t imagine this is going to be a big deal for a lot of people aside from those who already own or are already considering owning an InPulse watch AND are heavy users of Facebook Places. But for that micro-niche, this sure will be a convenience.