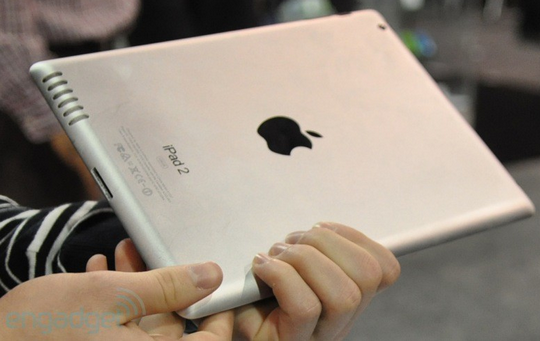 Every time that Apple announces something new, we are usually fed a sense of scarcity. The iPhone 4, for instance, had people lining up in the wee hours of the night, even several months after its launch. We could soon be facing a similar scenario with the second-gen iPad.

There’s word going around that the new iPad 2 expected to be released tomorrow, will be in short supply, mostly because the supply chain for the super-thin glass screen isn’t exactly keeping up with demand. This comes by way of Bill Shope, an analyst with Goldman Sachs.

Along with predictions of scarcity, Shope also puts in a few choice words about what we can expect from the new tablet when it gets revealed. He’s expecting a front-facing HD cam for FaceTime, faster processor, more RAM, and GSM/CDMA support (but no 4G).

You know, Apple could be feeding out this false sense of scarcity to help ramp up demand. You always want what you can’t get, right? Surely you remember the EyePhone, don’t you?