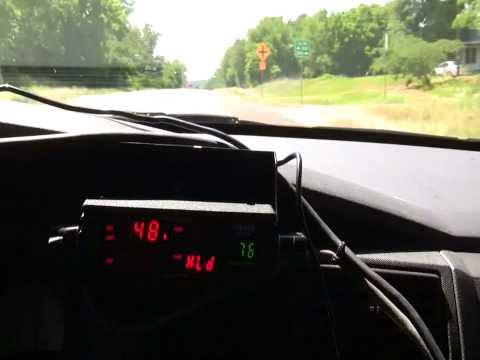 Need to get out of a speeding ticket? There’s an app for that.

A 21-year-old UC Davis student successfully managed to beat a speeding ticket thanks to the “My Tracks” GPS app on his HTC Evo 4G, which keeps track of your average speed, distance travelled and max speed for any given trip.

In a recent news video, Sahas Katta says he usually drives at the limit and had never been pulled over for anything before. So when he was pulled over for doing 40 mph in a 25 zone, he was too nervous to argue.

“I didn’t really know what to say, so I just said, ‘I apologize,’ took the slip, and headed my own way,” Katta said.

But he later realized My Tracks had been recording the entire time, with the maximum speed for the entire trip displayed at 26 mph.

“I just really didn’t want to put up with the fee, and I felt like I had some evidence,” Katta said.

So he printed off the information from that trip and took it to the Yolo County court house.

Between his printed trip information and the fact that the officer who pulled him over was unable to recall when was the last time he had been trained with his radar gun or when it was last calibrated, Katta was found not guilty by the judge.

No fines, and no demerits.