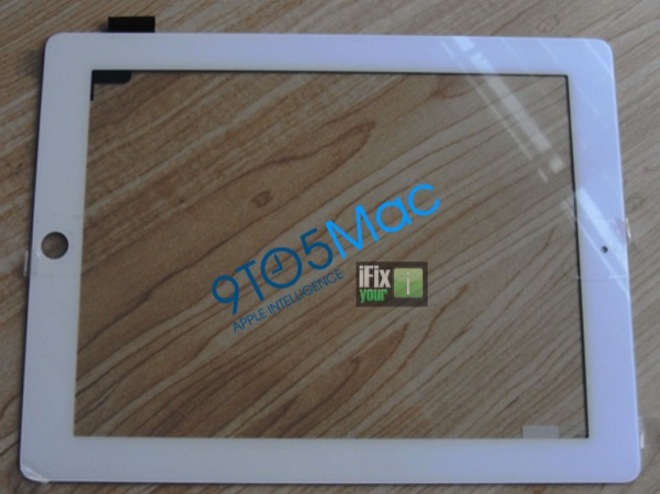 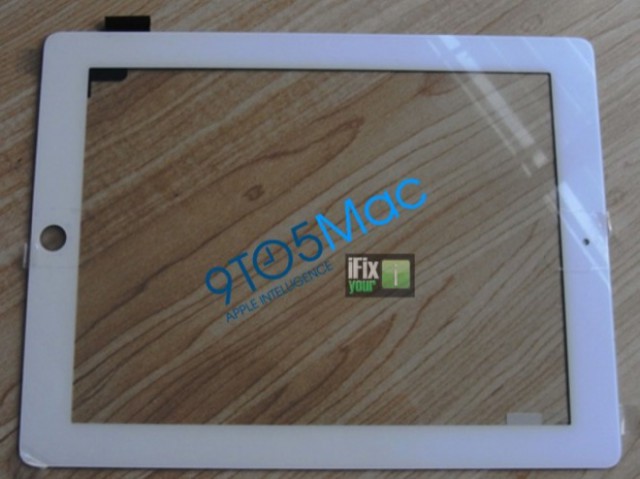 It’s kind of funny, really, how Apple chooses to price its products. For instance, the black MacBook for a time came at a $100 premium over the white one, making it the more premium offering. The reverse seems to be happening on the mobile front, as people have been anxiously awaiting a true white iPhone 4. That day has not come yet, but you could be getting another white touchscreen device.

Chalk it up to rumor and hearsay for now, but what you see here appears to be a white bezel for an upcoming iPad 2. The new iPad is set to be revealed in just a few days, so I guess we could be finding out soon enough. I’d imagine that the white version won’t be all that different from the regular black one, but you know people will want it.

There are more than a few reasons to believe that this isn’t the real deal, though. For starters, there does not appear to be a hole for a front-facing camera; the little one near the top is presumably for the light sensor. That and, well, these rumors are always just that: rumors.

What say you? Is a white iPad more desirable than a black one?