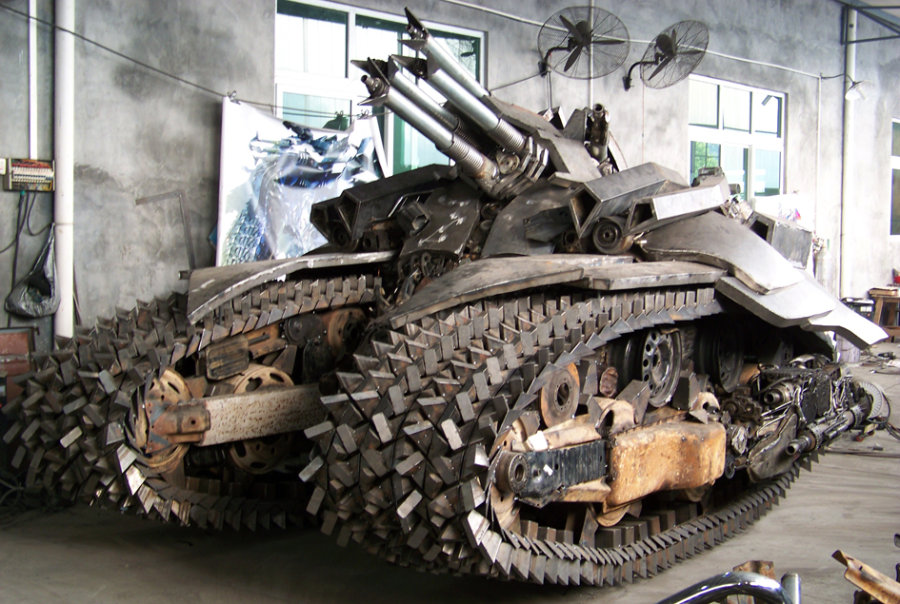 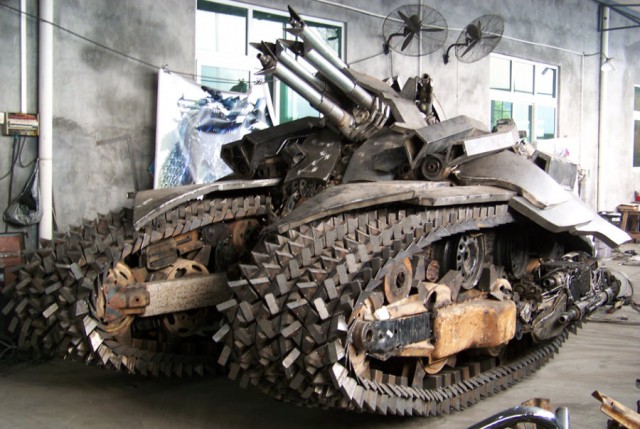 You know how Japan has that life-sized Gundam? Well, it’s not like China wants to be outdone in its front with oversized fighting robots, so some guy who calls himself Steel Legend decided to make a real life replica of Megatron, leader of the Decepticons.

Yes, it would have beeen slightly less evil to concoct up his take on Optimus Prime, but there’s just something so much cooler about siding with the bad guys. The Chinese designer took on the “tank” version of Megatron, as made famous in the Transformers 2 flick by Michael Bay. You have to admit that it’s pretty darn close.

I’d imagine that it doesn’t transform into a fighting robot like in the movie, but the Megatron Tank replica does tip the scales at over 5,000 kilograms. That’s over 11,000 pounds for those of you playing along at home. Is this China’s latest military advancement? Will Steel Legend bring Starscream to life so that it can rival Megatron for leadership of the Decepticons? And what does this have to do with IBM Watson and the rise of the robot apocalypse?