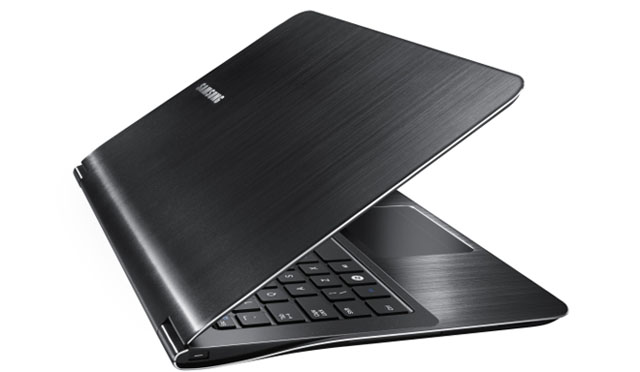 We saw the Samsung Series 9 at CES earlier this year. The 13-inch super-skinny laptop is supposed to rival equally slim competitors like the MacBook Air… but the MBA comes smaller than that too. So, Samsung could be countering again.

We’re now hearing word out of Seoul that Samsung is considering an 11-inch version of its Notebook 9 Series. This would really put it on par with the MacBook Air (OS concerns aside), since the super slim notebook would then be available in both 13-inch and 11-inch variants. I’d imagine that some of the specs would take a downgrade in the size reduction, but that’s to be expected.

Samsung claims an 11-inch notebook is in the works that would fit somewhere between the tablet offerings (like the Galaxy Tab) and its “true” notebook offerings. Then again, the 11-incher would start to look a little too much like a netbook (albeit at a much more expensive price that Samsung’s typical netbooks)… aside from that gorgeous brushed aluminum finish.