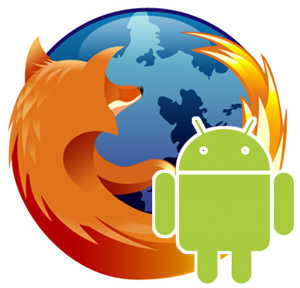 But there are still a few known issues with the browser. They still haven’t been able to work out the kinks for their Flash add-on, they say, as “currently, enabling the Flash plugin results in a compromised user experience across Firefox for mobile.”

And the alternative to Flash, HTML5 video, “may load slowly and create artifacts on the screen during playback.”

What’s more, sometimes letters typed on a hardware keyboard will appear in the wrong order, issues with SwiftKey that may cause it to crash or to prevent users from entering text in input fields, they say, adding users of Motorola’s Droid, the Galaxy S and the Nexus S may also experience a disproportionate amount of freezes and crashes.

That said, there are now more than 100 add-ons for Firefox 4 Mobile, meaning a more customizable experience for users.

Those with Apple products are still stuck with Firefox Home for iOS, basically an add-on for Safari Mobile which allows access to Firefox bookmarks, history and open tabs from their iPhone or iPad.