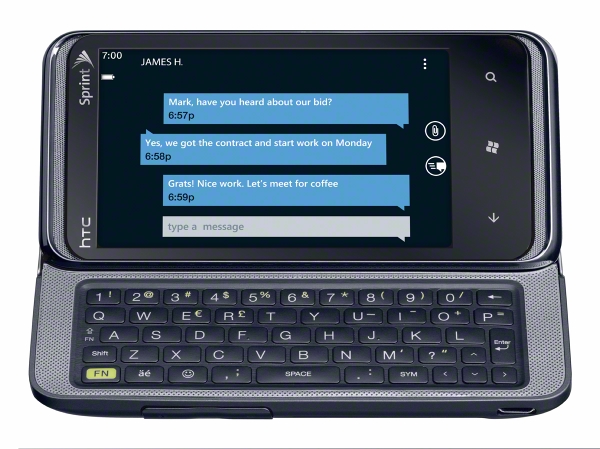 It’s not quite a WP7 device from Nokia, but it is the first Windows Phone 7 handset to finally make its way over to Sprint. You didn’t think that the “Now Network” would be left behind in Microsoft’s smartphone revolution did you?

Unfortunately for exclusivists, the HTC Arrive isn’t exactly an original phone. It’s just a renamed version of the HTC 7 Pro. That’s not necessarily a bad thing, though, as this is probably one of the better WP7 phones out there. You get a 1GHz Snapdragon processor, slide-out keyboard, 3.6-inch WVGA capacitive touchscreen, 5MP camera, and SRS WOW HD surround sound. I’d imagine the “surround sound” on something this small is negligible, but it’s supposed to be there.

We’re hearing that Sprint will sell the HTC Arrive for $200 starting March 20th. You’ll need to muddle your way through a two-year contract and a mail-in rebate to get that price. Windows Phone 7 is still pretty young, so it’ll be interesting to see how well it develops against the likes of Android and iOS.