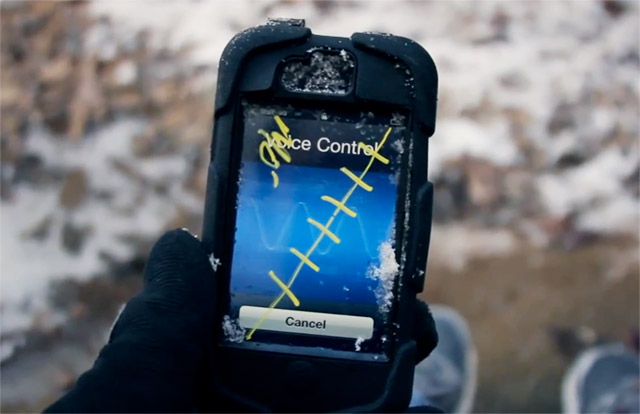 Imagine taking your iPhone 4 or fourth-gen iPod Touch with you on a trek deep into the rainforests of South America, the deserts of the Middle East, or snowboarding down a mountain face without ever fearing for its safety. While this probably isn’t something you could do with your naked device, Griffin has brutally over-engineered a military-grade case to allow exactly those options.

“It’s my job to test, abuse, and destroy our products to see what they’re capable of,” says Michael O’Connor, Quality Assurance Certification Coordinator at Griffin. “We’ve dropped them, thrown them against — even through — walls, and we can’t seem to damage the iPhone or iPod touch inside. Of course, we don’t suggest you do this at home.”

Over-engineered, asks Griffin, or just the best case for any occasion?

“We think it’s a little bit of both.”

With a shatter-resistant two-piece polycarbonate shell surrounded by a thick silicone sleeve, the Survivor case has been through some very thorough testing:

That’s enough to protect your iProduct from a monsoon or sand storm more than long enough to find shelter. Plus, with its belt/strap clip, it’ll always be with you.

I could go on and on, but this is something better seen. Check out the video below: