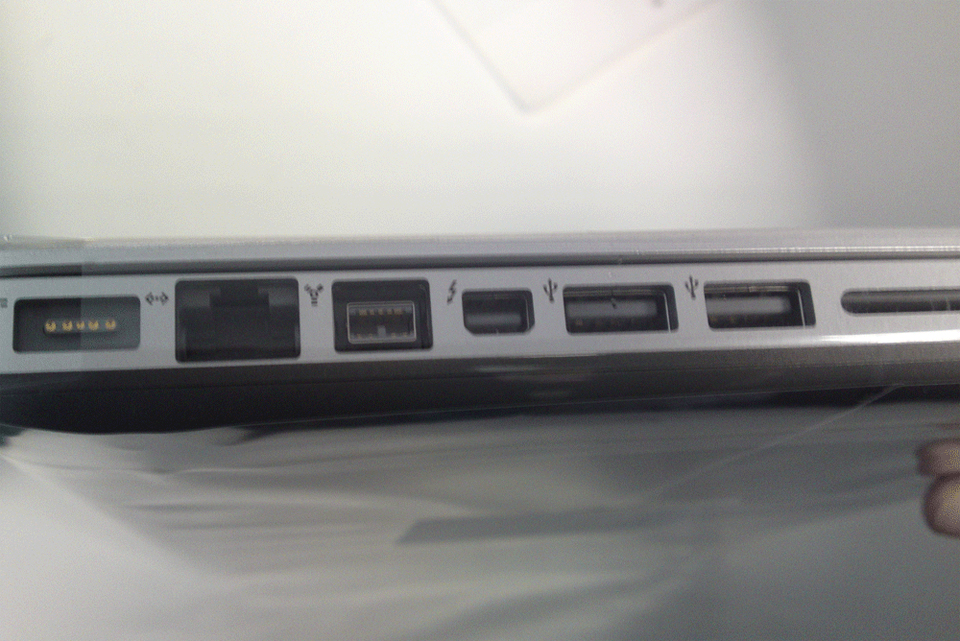 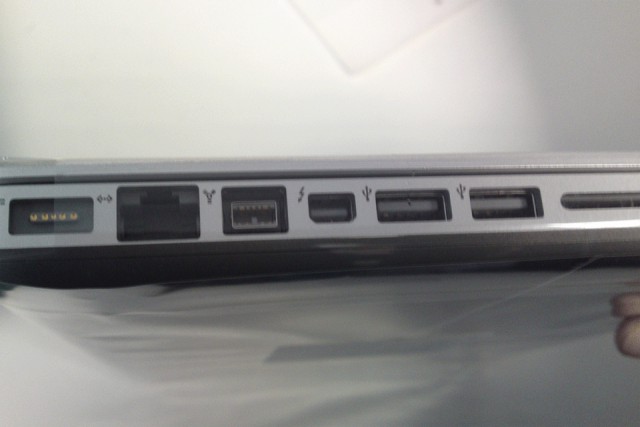 Let’s get one thing out of the way right off the bat. Nothing about any Apple product is ever official until someone in a black turtleneck and blue jeans walks across the stage and tells us that it’s official. Even so, the rumors can be awfully juicy and, sometimes, they really do come true.

That appears to be the case with the upcoming refresh of the MacBook Pro line. This leaked photo is showing off a new port with a lightning bolt symbol next to it. That symbol is new to the Apple iconography and people are saying that it could be Intel’s Light Peak technology.

Light Peak is supposed to be a replacement for ports like USB and FireWire, offering faster speeds and all that. The USB and FireWire ports are still in tow in this supposed MBP, but that doesn’t mean it’s not Light Peak behind the bolt. According to some leaked docs, Apple is referring to the tech as “Thunderbolt.” Not to be confused with that other thing, of course.

Whatever the case, we’ll be finding out soon enough. Sandy Bridge is pretty much in the bag. Light Peak, we’re not as sure.