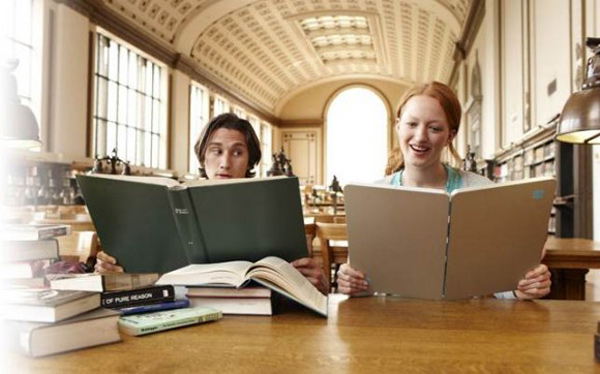 Student-aimed tablet startup Kno, who has already raised about $56 million to design and manufacture their textbook- and notebook-replacing clamshell tablets for college students, is reportedly in talks to sell off its entire hardware division to focus on software.

The company originally wanted to follow Apple’s lead by designing and manufacturing a seamless combination of both hardware and software under the same mark, a claim few other companies can make. But now, after selling only “several hundred” of their devices, Kno allegedly wants the freedom to design their university-focussed platform for the iPad, as well as upcoming Android devices.

Their dual 14″ touchscreen tablets, complete with fine-tipped styli, eight-hour batteries and Nvidia Tegra T200 CPU and dual-core ARM Cortex A9 MPCore processors are specifically designed for the cause and undoubtedly played a large part in garnering the vast amount of both investment money and partnerships with various colleges and universities country-wide. But sources close to the situation say a focus on the OS as a platform and its content delivery for those using the wide variety of other tablets would be a better use of the money they’ve raised, allowing students to use the next-gen textbook on their own devices.

But the Kno’s screens are sized the way they are to fit an entire textbook page on each screen without scrolling or scaling, and that’s been a very strong selling point for the company so far. Trying to fit the pages on an iPad screen would be a struggle in itself as that’s only about half the size of one screen on the Kno. And that’s not even bringing into account the multitude of 7″ tablets expected over the next several months.

Whether the deal goes through or not, it does definitely show that Kno is more about redefining the student arsenal than anything else, making digital notebooks and textbooks the new norm and in the process, dropping the weight of backpacks from the usual 20 lb average.

There’s no word on which two companies are in talks with Kno, though it is known that they’ve signed a non-disclosure agreement with one of them.

[All Things D via Kno]