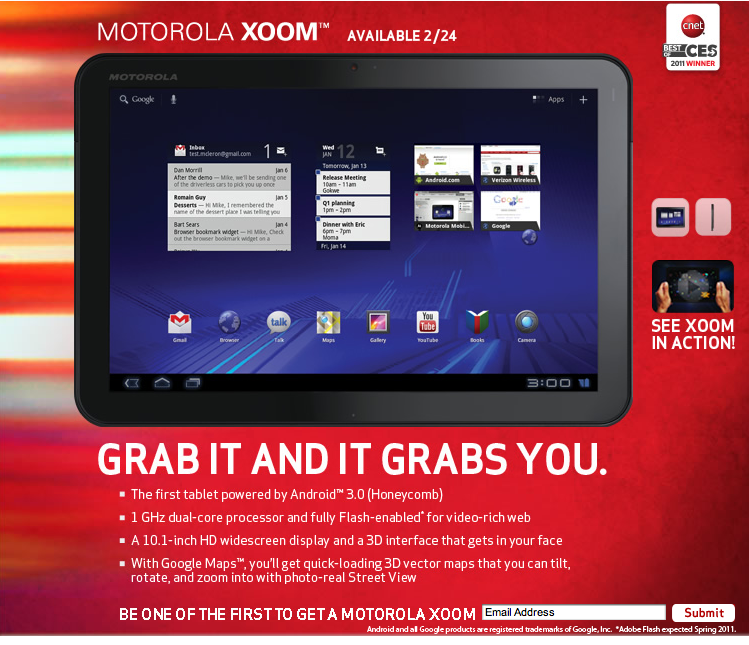 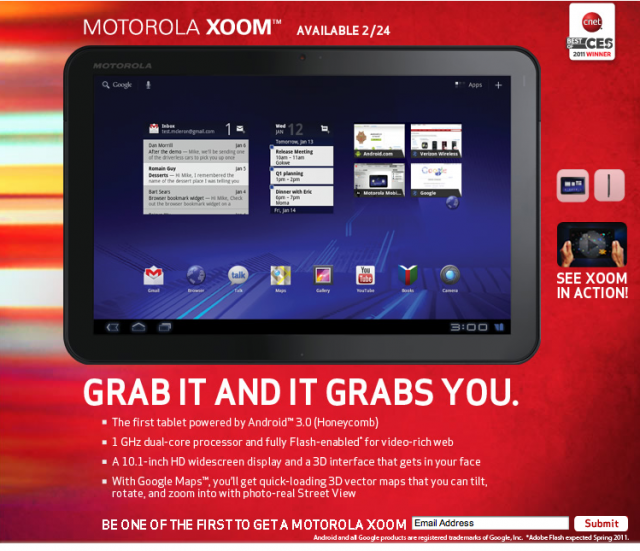 During CES in January and with MWC this month, we’ve seen a lot of new Android tablets. All of them, without fail, will mention that they have love for Flash 10.1, quick unlike a certain iProduct. Well, as it turns out, the championed Motorola Xoom isn’t so Flashy after all.

Well, at least not at launch. It has now been revealed that the Motorola Xoom tablet won’t be able to support Flash content when it first hits retailers soon. That’s not to say that it doesn’t have love for the Adobe standard at all; it just means that the support will come by way of a firmware update later in the Spring.

What does this really mean? It’s quite possible that Motorola is waiting around for Adobe to push out Flash 10.2 before it plays nice with the Xoom. This is because Flash 10.2 is being designed to be mobile-optimized, which would make more sense on tablet devices. So, for all the Moto-flavored Gingerbread fans in the audience, it’s a touch of good news dabbled with some bad.