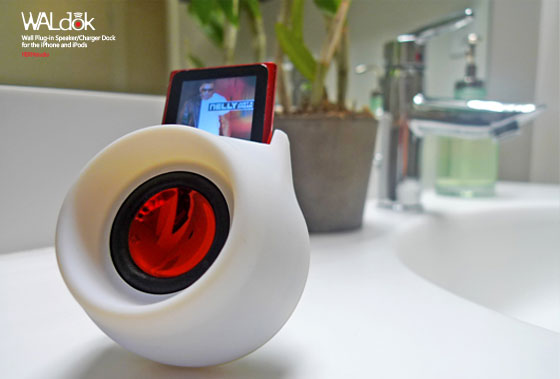 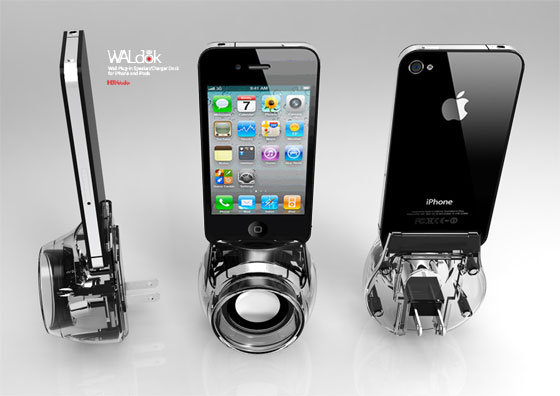 Think about most of the iPod speaker docks on the market. They either require you to use a power cable or they run on batteries. They also happen to take up valuable desk or shelf space that could be used for something else. And then, take a look at the Waldok.

No, it’s not going to be the more technologically advanced or loudest iPod speaker dock on the market, but think about its design for a moment. It plugs directly into the wall without any dangling cables, docks an iPod of your choosing, and plays the music through its single speaker. I’ve seen charging docks that use this kind of design, but not speaker docks. This is slick and would be great for background tunes in smaller rooms.

At least, that’s the idea. The HERNstudio folks want to get this idea off the ground so they’ve put the project up on Kickstarter to raise the necessary funds. Not familiar with Kickstarter? You might want to take a look at our KickStarter project too!