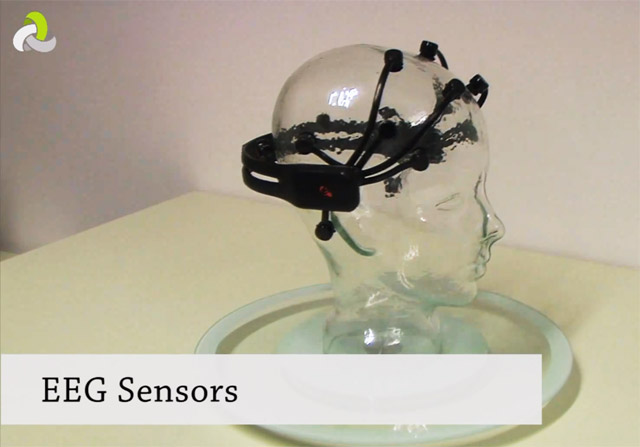 AutoNOMOS Labs in Germany have developed a system that allows someone to drive a car using their mind. The system uses censors to measure the brain’s electromagnetic signals. The measurements are interpreted as patterns by a computer. The driver puts on a sensor cap and trains the computer to recognize their brain patterns. The computer software learns to associate two different brain patterns with left or right directions. And voilà, brain control.

Once the driver has got a sensor cap on, they are able to give commands to an autonomous car. The car has video cameras, radars and laser sensors that give the car a 360 degree view of its surroundings. The car is able to drive itself to the end of an intersection, and then the driver can command the car to turn left or right – with their brain.

The researchers were able to teach the computer to recognize four brain patterns – right, left, accelerate or decelerate. There was a small delay between the brain commands and the steering action, which would of course compromise split-second decisions required by the driver in a dangerous situation. Plus, what happens when those disjointed thoughts in your head inadvertently cause the car to listen to you?

The researchers caution that there is a long way to go before we are able to command cars with out brains. They were also testing the car in a large, open area without distractions like drivers who cut you off, and cause you to think something not so nice that your car might take literally.