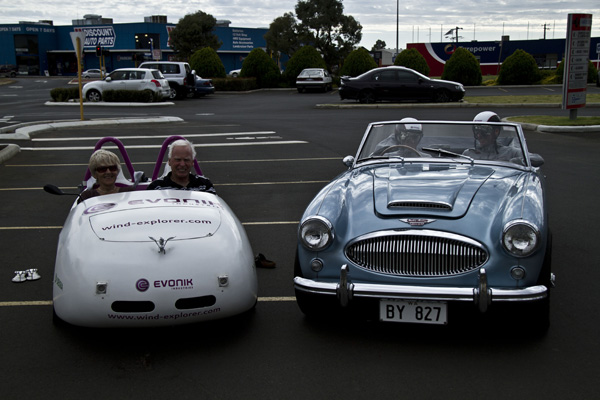 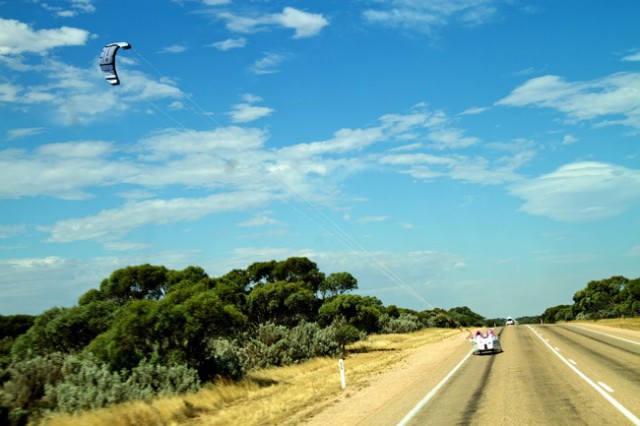 The world’s first self-sufficient wind-powered vehicle crossed Australia in 18 days. Wind Explorer was driven by two German extreme sport enthusiasts – Dirk Gion, a television host, and Stefan Simmerer, an engineer. Gion was the first person to cross a continent on a kiteboard, and Simmerer was the first person to cross the Changtang, a cold desert in Tibet, without a support team. The extremely high winds of the Tibetan trek gave Simmerer the idea to build a vehicle with a wind-powered generator.

The Wind Explorer is another first for the men – it was the first time a continent has been crossed by a wind-powered vehicle. For the first 800 km of the trip, Wind Explorer was driven entirely by electric power. Following strong winds, the pilots switched to kites.

The vehicle is electric, wind and kite powered. It has its own mobile power supply, and can be recharged by a portable wind turbine, or by the conventional power network. If the wind is right, it gets driven by kites. During the 18-day trip, the Wind Explorer was able to reach speeds of around 80 km/h. The entire electricity cost for the trip was about 10 Euros.

Gion and Simmerer came up with the idea for the trip last summer. Only a few weeks later, Evonik Industries AG, a German specialty chemical producer, offered to provide the materials for the car body and the lithium-ion batteries. The team behind the Wind Explorer hopes the vehicle will inspire further research and development into alternative transport. Their vision is a vehicle capable of crossing a continent with zero emissions.

Check the project’s website for more videos and information on the technology used.