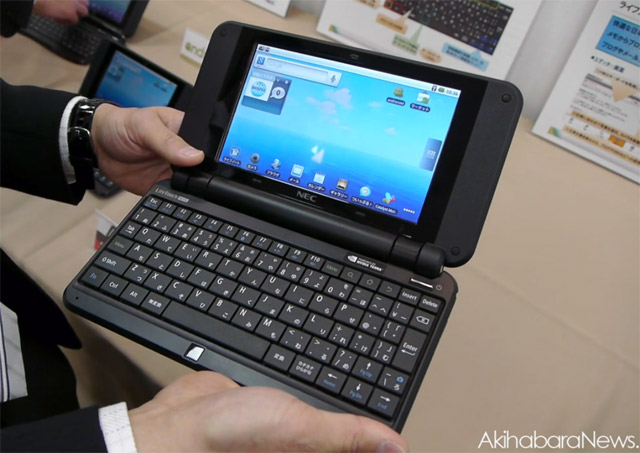 Android isn’t just for smartphones and tablets anymore. If NEC has its way, you’ll be wanting to get your hands on its Android-powered LifeTouch Note netbook too.

The idea isn’t exactly original, as other companies have entertained the idea of an Android netbook in the past, but you would think that plunking Honeycomb on something like this would have made more sense. That upgrade might come in the future, but the LifeTouch Note is getting pre-loaded with Android 2.2 Froyo instead.

Tech specs include an NVIDIA Tegra 250 mobile processor (Tegra 2), up to 8GB of internal memory, GPS, accelerometer, WiFi, SD/SDHC slot, and a 2MP camera. You can get it with or without 3G, but the weird thing is that the 7-inch LED backlit display is a resistive touchscreen. Seriously? Why not capacitive like everyone else? It’s not like you need the resistive precision for handwriting or text entry. You actually have a physical keyboard.  It also has a touch-sensitive pad so you don’t have to mark up the screen.  A headphone jack and mini USB.

I guess it’s an interesting idea, but it looks like the netbook realm is better reserved for Chrome OS.  At least we can expect it to be cheaper than a Windows netbook.  We’ll have to wait and see how it competes with the Asus slider netbook.