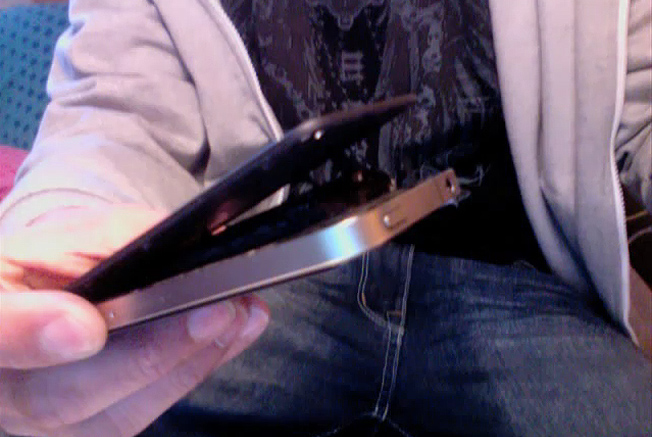 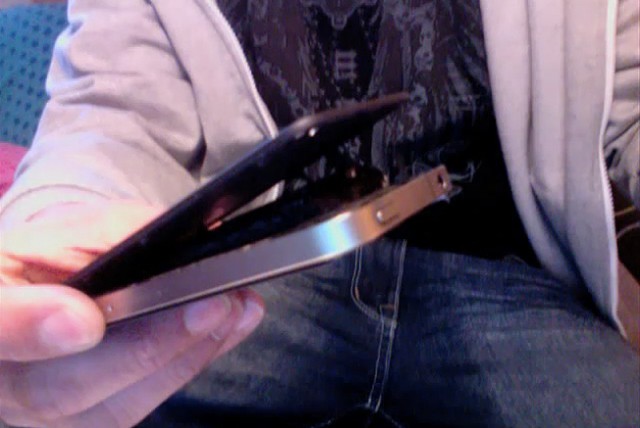 I can’t help but wonder if we’re going to find out this latest exploding phone is another hoax.

In December, one Texan made newscasts when his Droid 2 phone “exploded” against his ear – only for a Motorola representative to point out that the phone’s screen was cracked by “rocks or gravel” from the outside and that the only things in the phone that are capable of exploding would have caused the phone to stop working. The last we’ve heard, the whole ordeal was an attempted fraud.

Now, Omar Huartas is claiming his iPhone 4’s battery exploded, burning his hand and table after blowing the back panel off of the device. He says the fire expelled enough smoke to set off the fire alarm, leading him to tweet to a fake Steve Jobs twitter account: “my name omar huertas your iphone 4 blew up in my wife hand battery i spoke with apple i need something done loss data kids pic.”

While this month’s exploding phone photos look a little more convincing, how often do batteries really explode? Even with recalled batteries, the odds are one in 210,000 with only 43 battery-related laptop fires ever reported in the U.S. as of August, 2006. Not to mention the fact that every Li-ion battery is equipped with mandatory safety features to stop exactly this scenario from ever playing out:

The odds of any battery causing a fire is roughly the same as that of a nightlight; that said, Apple, Dell, HP and Sony have all recalled Lithium-based batteries in the past due to the same problem, albeit almost half a decade ago.

Mr. Huertas could just be the unlucky one in a million at the brunt of the statistics.

So far, we’ve heard no word on Apple’s reaction.