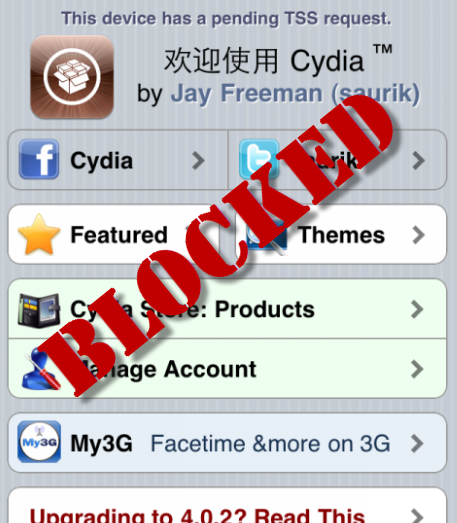 The App Store is pretty nice with its thousands of applications, but sometimes you still want access to secondary means like Cydia. If you happen to be an iPhone user with China Unicom, however, you may have encountered some issues when trying to connect with Cydia. That’s because Unicom has erected yet another Great Wall of China.

Yup, they’re blocking Cydia. The land of knockoffs and pirated software is making it more difficult for you to get access to the forbidden fruit of Cydia’s unauthorized applications. If you try to download the Cydia package via the China Unicom 3G network you’ll get errors like “Host Unreachable” or “Refreshing Data.”

Thankfully, there’s a very easy fix and it’s quite the obvious one: Use Wi-Fi. China Unicom might block your cellular access, but they can’t block your Interwebz. That’s up to the Chinese government to do, you see.