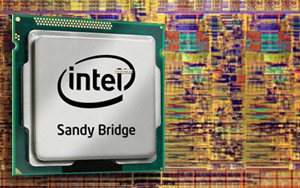 It took Apple a little longer than some would have hoped for the MacBook Pro line to adopt the Core i3/i5 processors, but it looks like the Mac fans will be cheering the arrival of Sandy Bridge in their aluminium unibody frames.

The announcement hasn’t come by way of Apple just yet, but it seems that an “Intel word of mouth” is pointing toward the implementation of Sandy Bridge (Core i5/i7) processors in the next generation of MacBook Pro notebooks. It may or may not show up in the regular MacBooks though.

The timing makes sense, since the last overhaul of the MacBook Pro line was way back in April 2010. An update in March would be in line with the usual annual schedule that Cupertino adheres to for most of its product offerings. We’re also hearing that the new MBPs will be thinner and lighter, not unlike the MacBook Air.

If Apple sticks to its usual modus operandi, the new MBPs should be at similar price points as the current offerings, only with updated specs and features.