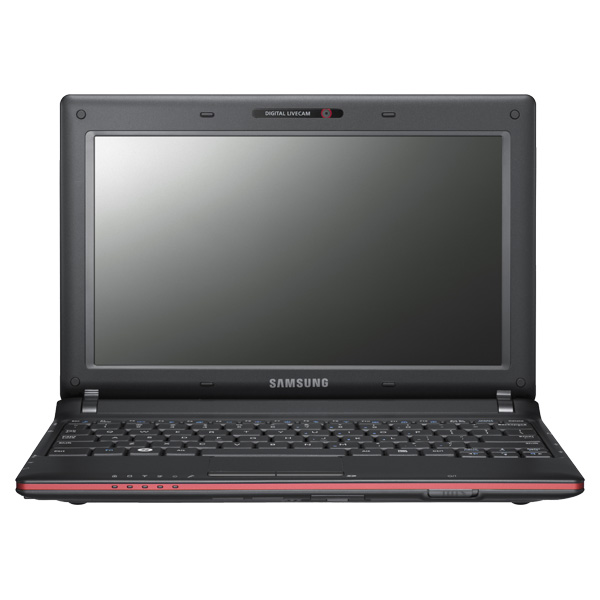 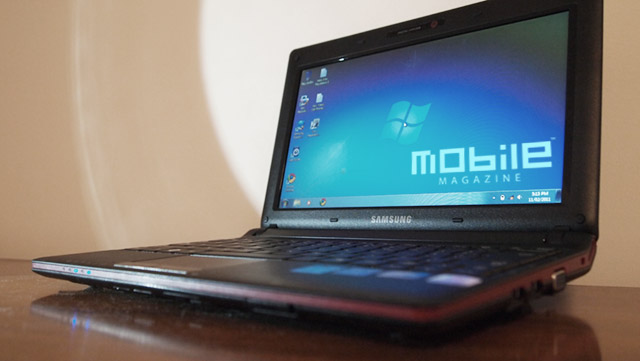 Given the rapid rise of tablet devices and the quickly plummeting prices of entry-level notebooks, you would think that no one would actually want a netbook anymore. Even so, these mini-laptops are still around and there are still people who want to have them.

The Samsung NP-N145 Plus follows along the short-lived tradition of the netbook, offering many of the specs and features you’ve come to expect from products in this range. It’s no powerhouse, but it’s not priced as a powerhouse either. After all, it’s still cheaper than buying an iPad if all you want is some casual web surfing on a screen bigger than your smartphone.

Anyone who has been in the market for a netbook PC in the last year or so won’t find too many surprises when it comes to the N145 Plus. It comes powered by an Intel Atom N450 processor. That’s a dual-core chip, moving along at 1.66GHz.

The fairly standard 10.1-inch display has a webcam embedded above it, Windows 7 Starter 32-bit runs the show, and you get backed up to 1GB of RAM, the usual assortment of ports, and an SD card reader.

I’ve encountered my fair share of cheap netbooks, using less than impressive materials and offering a less than acceptable build quality. Thankfully, the N145 Plus from Samsung isn’t like that.

For starters, they’ve opted away from the glossy surface of most netbooks for a matte finish all around. That’s a good thing, as you don’t have to worry (as much) about it being a fingerprint magnet. It’s also nice how the battery is designed in such a way as it “props up” the back part of the netbook. This allows for better ventilation on its underside.

Compared to many other netbooks in this price range, the Samsung N145 Plus certainly feels like it is better made than most. The guts inside, as described above, are pretty much par for the course though. 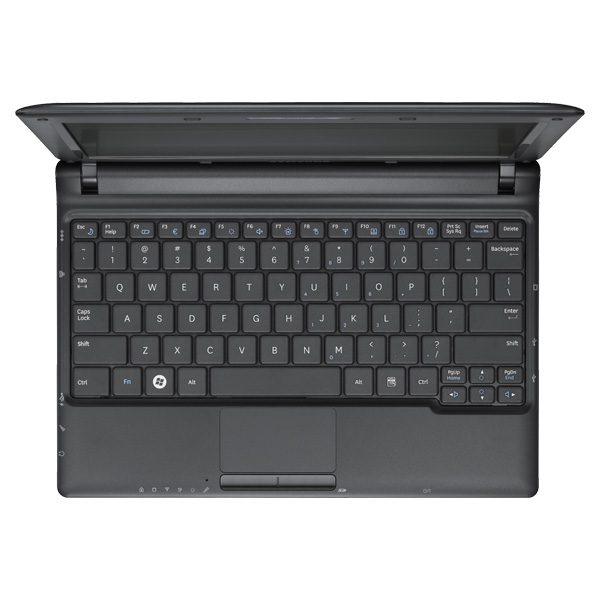 It’s not really a chiclet keyboard, but the keyboard does offer a decent amount of separation between the individual keys. They offer just the right amount of key travel and “clackiness” that I want to see in a keyboard. Remember that this is a netbook-sized keyboard, though, so if you haven’t dabbled in this realm before, you might find it a little cramped.

While I like how they laid out the directional keys (and page up/down keys) toward the bottom-right corner of the keyboard, I’m not a fan of the placement of the “\” key in that same corner. More often than not, when my right pinky finger went reaching for the shift key, I’d hit the “\” key instead. That’s terribly annoying. Look just above it; the key is basically duplicated. Get rid of the bottom one and give me a larger shift key, please.

As far as the trackpad is concerned, it offers a similar finish as the rest of the netbook. It’s smooth and of a decent size, given the netbook proportions. Multitouch gestures, like two-finger scrolling, work. Most people will likely want an external mouse for longer sessions, but it does the job in a pinch.

If you’re expecting the kind of heavy lifting that you would get even with a bargain-minded consumer notebook, you’re going to be disappointed. This is anything but a powerhouse, but it’s just fine for the more basic tasks on your list.

Need to surf the web, watch a YouTube video, or edit a blog post? No problem. The smaller screen resolution of a netbook isn’t exactly ideal, but it is certainly more portable than its full-size notebook counterparts. I wouldn’t push the web browsing beyond a half dozen tabs or so, though, as it will start to lag.

Similarly, you probably don’t want to try doing any major picture or video editing on this either. You can do minor stuff in Movie Maker and Paint, but not much beyond that. Go in with the right expectations and you’ll get what you need.

When netbooks first hit the scene, they seemed like a fascinating possibility. Smartphones weren’t nearly as widespread at the time and netbooks were a lot cheaper than real laptops. Then, the world changed.

I used to use a netbook for checking my e-mail on the go and doing some casual web surfing; I do that on a smartphone now. If I want to do any lifting that is remotely heavier, I whip out a real laptop instead. After all, you can get a bargain notebook for $400 or so no, which is awfully close to the price of a netbook.

This isn’t to knock the Samsung N145 Plus. Compared to other netbooks in the same range, it offers a good deal of quality and comfort, as well as a nice ergonomic design. However, the netbook market as a whole probably isn’t going to stick around much longer. People are much more inclined to use their smartphones (or tablets) for tasks previously assigned to the netbook. How much longer can they last?