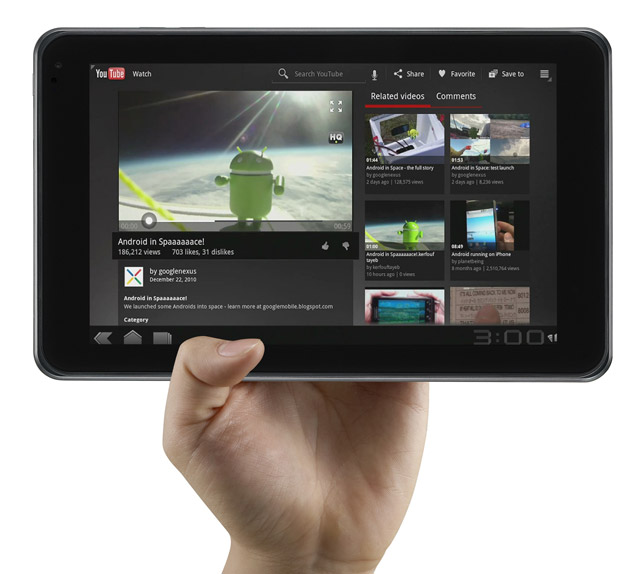 There’s a price to be paid when you want to be on the cutting edge of technology. These days, being on the cutting edge means something to do with 3D displays, and that’s where we find the LG Optimus Pad. We also find the astronomical price that comes with this new tablet.

The 3D-capable LG Optimus Pad will apparently get stuck with a hefty 999 Euro price tag when it hits German store shelves in April. That puts it at twice the price of an entry-level iPad, but more or less on pace with the Motorola Xoom (which has since reportedly broken the four-figure mark for price).

This announcement comes by way of Mobile World Congress 2011 in Barcelona and the Optimus Pad has specs that you’ve likely heard before. You’ll be doing the Honeycomb thing on the 8.9-inch 3D display. Unlike the Optimus 3D smartphone and the Nintendo 3DS, though, you will need special glasses to get the third dimension.

Considering that the Optimus Pad is the same as the G-Slate to be sold through T-Mobile USA, we have to wonder how much Old Magenta will be willing to subsidize this thing on a two-year data contract. Otherwise, you’ll be paying out of your teeth for this Android tablet.

Willich / Barcelona, 14 February 2011 – Sensational innovative and super handy – this is the LG V900 OPTIMUS PAD. The Tablet PC from LG bridges the gap between PC and mobile phone: with a huge and high resolution 1.280×768 pixels touch screen and 22.6 cm in diameter, the PAD OPTIMUS small enough to carry it anywhere and big enough to comfortably view pages Internet or present presentation. Equipped with Google’s first Android Tablet OS 3.0 (Honeycomb), it also sets new standards in terms of usability. With the Dual-Core processor Tegra 2 of NVIDIA and a 3D camera and F ull HD 1080p decoding allows the user to an exciting multimedia world dive into. “With our LG OPTIMUS PAD, we set new standards in tablets and provide just the right mix and visual comfort without sacrificing performance to make mobility, “says Dee Dutta, Head of Marketing at LG Electronics Mobile Communications Germany GmbH The LG OPTIMUS PAD field is the result of close partnership between LG and NVIDIA, the leader in Visual Computing. “The IT world is changing right before our eyes,” said Phil Carmack, vice president of mobile business at NVIDIA. “Tablets quickly take the place of our most important personal computer as offering unprecedented opportunities as well as full mobility. The new LG OPTIMUS PAD uses the NVIDIA Tegra 2 of to consumers speed and performance of the very highest level to provide power. ”

Whether at work or in private life: The LG OPTIMUS PAD can be a hand held comfortably in its practical size with and easily fits into handbags and briefcases flat space. The WXGA resolution provides for a brilliant reproduction of even complex web pages and multimedia content in widescreen format. With the built-in 3D camera users can easily or even 2D 3D photos and videos, which they received the HDMI interface to 2D or 3D TV as YouTube or enjoy on 3D can upload to. Even in the business sector is the LG OPTIMUS PAD versatile and suitable addition to the typical applications for each video conference. Film lovers will benefit well from the 1080p F ull HD decoding with them without their TV transfer to loss of quality films. Also for gaming enthusiasts and those who seek some distraction with games occasionally, with the device offers built-in sensors, the processor and the wide range of games in console quality in the pre-installed Tegra area a new experience. 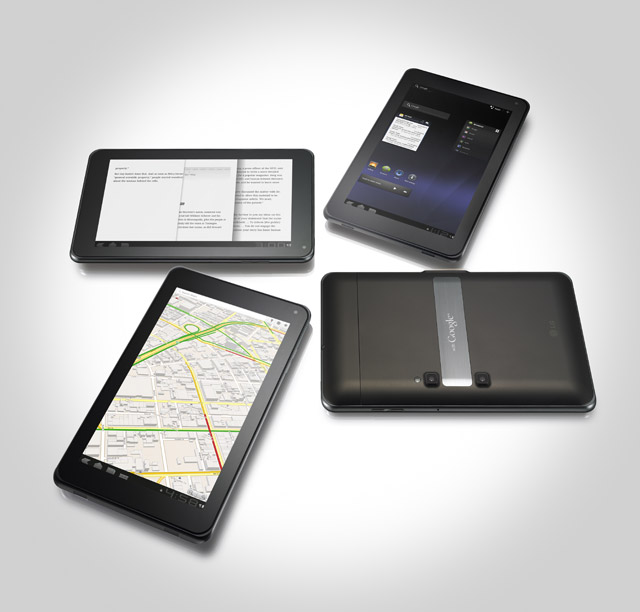