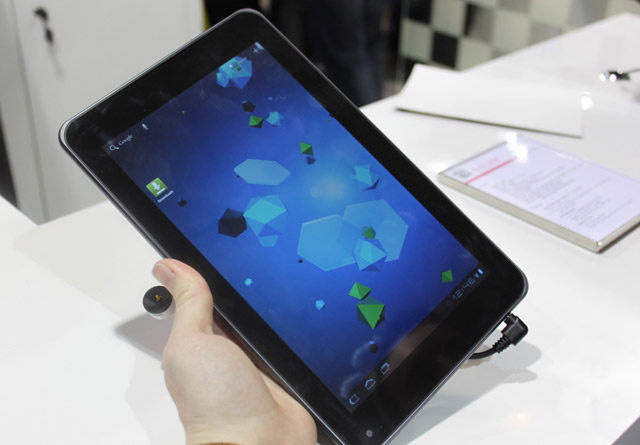 It’s one thing to come forward with a spec sheet that should leave users in awe. It’s another thing altogether to have a product that people will actually want, admire, and use in the long run. Apparently, the G-Slate from LG falls short in that regard.

Kat Hannaford had the opportunity to go hands-on with the G-Slate (known as the Optimus Pad on the other side of the pond). The specs were impressive, to be sure, but she was left feeling “kinda chilly.” The 3D camera and display are to be applauded for their innovation and boldness, but it’s little more than a novelty at this point.

The anaglyphic 3D is a pretty funky feature, but personally I can’t imagine using it. It’s not like I have a 3DTV and would only shoot stereoscopic video at 720p—because I don’t—but imagine yourself in day-to-day life, viewing your home videos wearing red and cyan glasses. You’d maybe show your friends once or two, for kicks, but that’d be it.

It’s not that the G-Slate is a bad tablet — Kat says the build quality is quite a bit better than LG products of the past — it just lacks that X factor makes you feel that “I have to have it now” kind of feeling. What do you think? Is a 3D display a winning feature for you? Or are you satisfied with just having a smartphone pull your mobile duties?