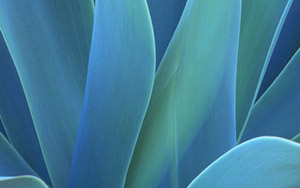 The world’s population continues to grow at a quarter of a million people per day, resulting in the need for more and more energy. With our dwindling oil supply and increasing demand for energy, experts are turning to biofuels as an alternative to fossil fuels.

Wheat, corn, soy and sugar cane can all be used to produced biofuel. Critics have pointed out the irony of using corn-based ethanol as a biofuel – using crop land in an attempt to alleviate an energy crisis, while the world’s growing population is increasing the demand for food.

Ethanol can be easily made after breaking down cellulose into glucose. However, recovering and fermenting sugars that are found in trees and plants isn’t easy and more research is needed into this process.

Many companies are putting money into algae-based fuel because its energy stores can easily be converted to fuel, it grows fast, it doesn’t take up agricultural land and can be grown in wastewater.

Cellana, a company formed by Shell and HR Biopetroleum, will build a processing facility in Maui, where they will cultivate algae and extract their oil to convert it into biodiesel. They estimate that the plant will start producing fuel in two to three years. Shell recently dropped out of the partnership to focus on other biofuel projects, like ethanol fuel made from sugar cane with a company in Brazil.

But the plant that’s responsible for tequila might give us another option.

The question is, if the agave plant can indeed give us an effective biofuel, would we see gas stations filled with discounted tequila, instead of overly-salted snack treats? Would there be a tequila plant in every major city? I don’t know if we’re ready for a world where tequila gives us a viable energy alternative – it sounds like a forgetful and irresponsible world.