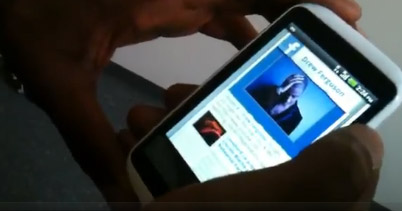 INQ Mobile is showing off the prototype of their “Facebook phone,” an Android-based smartphone with deep Facebook integration called the Cloud Touch. It’s got Facebook chat, the news feed on the home screen, and FB events integrated into the Google calendar.

For those outside of North America, they’ve also integrated Spotify, which allows you to stream music from your home computer to your phone whenever, wherever. The service isn’t available in the U.S. or Canada yet, so when the Cloud Touch comes this way later this year we’ll have the default music player.

INQ will be releasing the phone to the international market in May, with an unannounced release date for North America.

This is not an “official” Facebook phone, it’s just optimized for Facebook.  We know where Facebook stands on having an official phone, this INQ handset could be what the rumors were referring to unless we see something from HTC in the days to come.