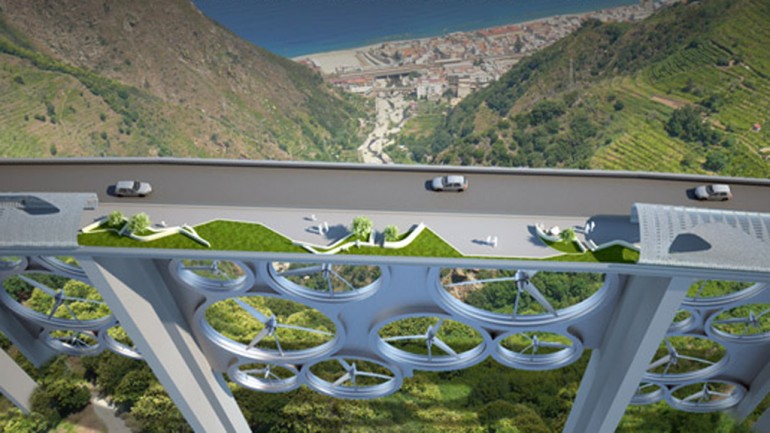 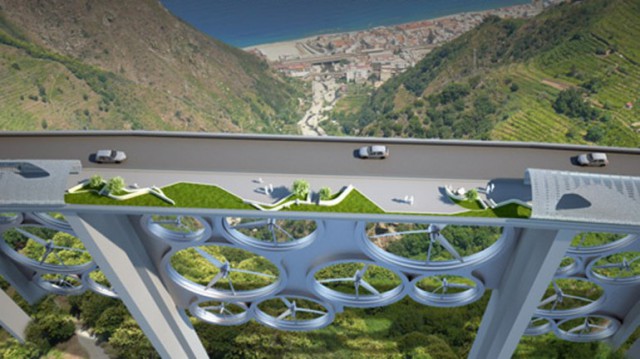 Whoever thinks wind turbines are ugly hasn’t seen this bridge. The Solar Wind design placed second in an international online competition held by the website New Italian Blood. The point of the contest was to design an environmentally-friendly bridge that crosses the Italian municipalities of Scilla and Bagnara.

There would also be a public park on the side of the road with scenic viewpoints and greenhouses, where citizens will be able to buy locally-grown, fresh produce. Wind turbines, solar power, local food, and scenic viewpoints, all on a highway. What more could an eco-conscious Italian ask for?

The current bridge is in need of an upgrade and has been described as “imposing” and “audacious” by the Regione Calabria town planners who helped write the rules for the contest. Even though the bridge came in second, hopefully it can be used as an example for other “imposing” bridges scattered throughout Europe and North America.